Sean Bell died at the hands of police 13 years ago 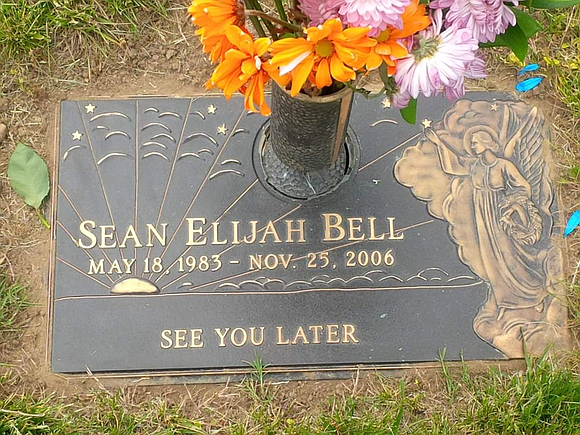 If only he were still here. If only she had answers.

This Monday, Nov. 25, marked the 13th anniversary of Sean Bell’s death at the hands of police. With anti-police brutality activism more visible via online advocates, Bell’s death reminds people of a time when the internet didn’t have as much of an impact on these events.

But for Nicole Paultre-Bell, former fianceé of Sean Bell, it just reminds her of a time of pain.

“Thirteen years after Sean’s death the pain hasn’t subsided and I’m still seeking solace following so many unanswered questions about a criminal justice system that failed our daughters and took away their father,” said Bell in a statement. “With the negligence, the assault, the civil rights violations, and the egregious misconduct all pointing to guilt, the police officers are still acquitted.”

Bell and a few friends were leaving a strip club in Queens as part of his bachelor party. Members of the New York Police Department fired 50 shots in total with fewer than half of them hitting their intended targets. Bell was struck in the neck and arm and was pronounced dead on arrival to the hospital. His friend, Joseph Guzman, was left in critical condition after being hit 11 times and another friend, Tent Benefield, arrived in stable condition.

National Action Network President the Rev. Al Sharpton said that it was another death in a long line of deaths where police fatally shot an unarmed Black person.

“When Sean Bell lost his life 13 years ago at the hands of New York City police officers, we organized and marched to fight for justice for his widow and family,” said Sharpton in a statement. “We held massive protests outside police headquarters and stopped traffic from the Brooklyn Bridge to the Triborough Bridge. It was a tragedy for yet another family to bury a young man whose life was cut short by those hired to protect and serve him.”

Police were staking out the strip club due to allegations of drug dealing and prostitution. An undercover officer called out to other officers staking out the place telling them to get ready for a possible encounter. The officer thought one of the men mentioned a gun. Then police commissioner Ray Kelly said that Bell’s car went in reverse when an officer approached the front of the car. The car then hit a police minivan and drove onto the sidewalk when the shooting commenced. All of the officers involved in the shooting were acquitted.

“Our young Black men continue to be targeted by this broken criminal justice system across the country at a disproportionate rate,” said Sharpton. “NAN will continue to fight for young Black and Brown men whose contact with law enforcement too often leads to death, whether they’ve committed a crime or not.”

Despite the anti-police brutality fight, many Black men and women continue to meet their deaths via police encounters. Eric Garner, Mike Brown, Sandra Bland and others have become household names for all of the wrong reasons. Bell said that she’ll continue to push back against police violence no matter how long the road and how bleak the outlook.