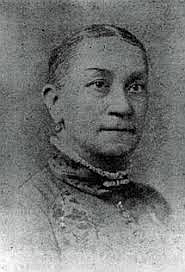 My friendship and collegiality with Dr. William Loren Katz is almost as extensive and rewarding as the research he has done on Native Americans and Black Americans, and there is no better testament of his enduring scholarship than the recently revised edition of “The Black West” (Fulcrum, 2019).

I received the book a few days before I began working on this week’s Classroom, and while leafing through it I noticed an abundance of Black women in the role of westward expansion in the U.S. There was Eula Grey, Rhoda Beaty, Mary B. Mason, Clara Brown and countless others. But among the more fascinating was Sarah Jane Woodson, who Katz cited as the first Black education graduate of Oberlin College. Anything to do with Oberlin has always commanded my attention since I taught there back in the early ’70s.

“In 1829,” Katz wrote, “the Woodson family and others launched the community of Berlin Crossroads, Ohio. It soon boasted a church, day school and a Sunday school.” With this as the beginning I dove into the Woodson legacy, hoping to learn more about Sarah and her educational background and career.

Sarah Jane was born free Nov. 15, 1825, in Chillicothe, Ohio. Her parents had moved there five years after her father, Thomas Woodson, purchased the entire family’s freedom for $900. (He was the same man who claimed to be the oldest son of Sally Hemings, and fathered by Thomas Jefferson—though several notable historians have refuted that claim.)

What is undeniably true is that the family left Virginia and, as Katz has noted, eventually settled in a separate Black farming community called Berlin Crossroads, a terminal on the Underground Railroad. Besides the church and schools, Thomas Woodson and his brothers became Black Nationalists and from her parents’ dedication to the anti-slavery movement and assisting fugitives from plantations, Sarah was deeply influenced. At a very early age she expressed an interest in learning, and by the time she was three had memorized every hymn sung by her family and lengthy passages from the Bible by the time she was five. She became a member of the African Methodist Episcopal Church, which was founded in 1816 as the first independent Black denomination in the U.S.

At Oberlin, Sarah majored in the classics and after graduating she was hired at Wilberforce University in 1858 as the first Black woman college instructor and the first Black to teach at a historically Black college or university, though these facts are disputed. In 1863, at the Colored Teachers Association, following the Emancipation, she delivered a memorable speech “Address to Youth,” where she encouraged young people to pursue higher education, particularly in the sciences and prepare themselves to be leaders of their race. All of this was part of her role as a pioneering Black educator, teaching at several community schools before marriage to the Rev. Jordan Winston Early in 1868. They moved to Tennessee where she was subsequently a principal of schools in four cities.

During the Civil War, Wilberforce was forced to close because of financial difficulties but reopened in 1863, after being purchased by the AME Church, and Sarah served as Lady Principal and Matron. Three years later the university rehired her.