Forest Whitaker’s ‘Godfather of Harlem’ gets it right! 10 out of 10! 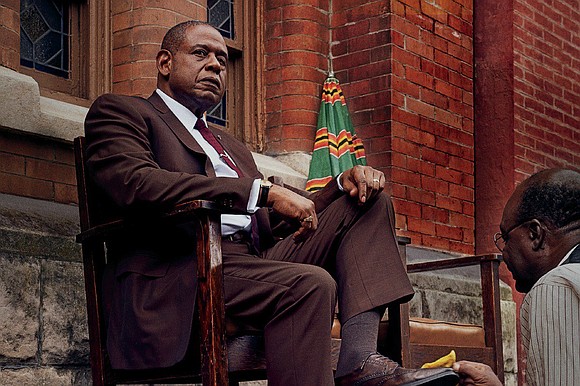 Forest Whitaker in "Godfather of Harlem"

In “Godfather of Harlem” award-winning actor and producer Forest Whitaker gets it right as Harlem businessman of the streets, Bumpy Johnson. In every movement, the actor’s firm acting choices (often, sublime) show a commitment to giving life to the man.

In the new Epix hourlong series set in the racially charged early 1960s, the writers take us back to a time that looks a lot like today, to be frank.

Whitaker, who portrays Bumpy Johnson a criminal not so much by choice but by circumstance, rules Harlem with a quiet, brooding power.

He is the Godfather of the Harlem community often using his money to help people pay their rent, pay for college educations and much, much more. Unlike most other crime bosses, Johnson has a higher mission.

He understands what his people need and it’s way beyond organizing the local crime scene in which drugs is crippling Harlem. For Johnson, it’s personal because his daughter is an addict. Here, we see the man inside the gangster, a man (again) with a much higher purpose.

The obstacle in Johnson’s way is the Italian mob, a group that’s real and deadly. Kudos to the brilliant casting of Vincent D’Onofrio, Paul Sorvino, and Chazz Palminteri for these roles.

Here the writers of “Godfather of Harlem” do not flinch in combining the desires of the era’s Black politics, adding a well-acted Malcolm X (Nigél Thatch) and Adam Clayton Powell Jr. (Giancarlo Esposito) who despite being on opposite ends of the argument both agree that change

As the Godfather of Harlem, Johnson finds himself connecting with young Cassius Clay in the earliest moments of his relationship with Malcolm X.

In the five episodes offered for review, “Godfather of Harlem” falls deep into the foundation of racism and how drugs and Harlem itself became a staging ground for a war that is still being waged today.