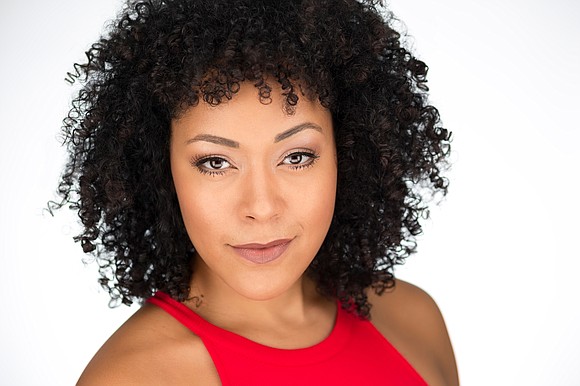 Lilli Cooper is an amazing talent, and is magnificent in Tootsie as Julie Nichols. Her extraordinary performance garnered her a 2019 Tony nomination. She recently sat down and talked about her role and career. The daughter of Tony Award winner Chuck Cooper, she has made a place for herself on the Broadway stage.

“I’m lucky I get to do what I love. It’s awesome.” Talking about what it’s like to be in a hilarious musical like “Tootsie,” Cooper shared, “You know it’s actually really interesting. The rehearsal process was such a learning experience. It felt like I was in a meeting with comedic geniuses, in like a comedy master class walking into rehearsal every day. My role in the show—I’m not as outwardly hilarious as the other characters, I’m more the grounded, straight man of the show, which is a challenging role to be in, because you need it in order for there to be such hilarity. It’s been a learning experience and it’s been so fun. It’s really one of the first truly hilarious shows I’ve been a part of. We laugh just as much as the audience laughs.”

Now the story of “Tootsie” is, of course, about an actor, Michael Dorsey, who can’t get a job and comes up with a desperate plan to get work. It is based on the film that starred Dustin Hoffman. While the musical is hilarious there are also messages for the audience. “We were really passionate when we were all working on it together, about making this story relevant for today and something that was relatable to audiences. I think that the story we’re telling is about this desperate person who makes a terrible choice for something that he loves and I think that that’s really a very human thing and a lot of people can relate to that and one of most important shifts that we made from the film is that my character Julie is way more prominent in the story’s development and how Michael sort of learns from her. The love story is really updated too. Michael expresses his love for Julie, but Julie is actually open to the idea of falling in love with a woman and that is such a great, real honest thing that I think could happen in real life and so that’s some of the changes we made from the movie that I think are so important and really relevant.”

Cooper comes to this show with a vast background in TV and theater; some past Broadway shows have included “Spongebob Squarepants,” where she played Sandy Cheeks and “Wicked,” where she did Elphaba. She is a graduate of LaGuardia Performing Arts High School and Vassar. Reflecting on when she knew this is what she wanted to do with the rest of her life, Cooper shared, “I think probably pretty early. I started out dancing as a kid and I was pretty shy. I didn’t really start acting until I went to high school and then I got the bug pretty quickly. I was in my first musical and then I auditioned for my first show outside of high school and I booked ‘Spring Awakening’ when I was 15 years old and a junior in high school and so it all snowballed from there. Then, since I was doing this professionally, I knew it was what I wanted to do forever.” Cooper did share though that she took a break from performing to attend Vassar, where she studied film production. “I got a glimpse into the other side of things which is great. I think having a well rounded knowledge of every side of the arts is so important to an artist, so I got my education and then I came back to New York and was just so excited and ready to throw myself back into it… I’ve been lucky enough to support myself as an actor since I was 16, which is so rare to say. So, I am really grateful for it.”

Sharing what she feels when she performs, Cooper said, “A lot of emotions. Gratitude is one of my biggest ones. One of the most important lessons that my dad has taught me is to be grateful for our ancestors and our ability to do what we do because of them and the fact that I get to walk out on stage and do something that I love and I get to call it my job is so crazy and surreal. It’s something that I really enjoy so much. So, I would say joy and gratitude are two of the biggest ones. And I just love making people laugh and making people feel things. There’s just a really satisfying feel that people who need that catharsis and come to the theater that we get to provide that for them.”

Although Cooper’s natural presence on stage is a joy to behold, the actress admitted, “I tell people that I am nervous when I’m on stage and they tell me, are you kidding, you didn’t look nervous at all. I’m lucky I have the skills to channel it in a way. But I like feeling the nerves because if not, then it would feel sort of numb. Nerves are good; I think that they’re a way to fuel you to do your best work. When I have friends or family in the audience I get very nervous. I get even more nervous when I do concert venues because that’s a more intimate setting because it’s more face-to-face. I get really nervous walking on a TV set because I don’t do that type of work as often as I do the theater.”

The best way to channel nerves according to Cooper is through your breath. “I’ve actually started meditating and breathing over the past year. I use my breath whether it’s within a song or before I go on stage to center myself.”

Addressing growing up with a Tony Award winning dad—Chuck Cooper—Lilli said, “I love now that as an adult I feel like a peer of his in a way and we can go to each other for advice and for questions or to vent and he is the first person I call if I ever have something that I need advice on. I feel very lucky that I have this outlet, this immense amount of knowledge and experience that I can reap the benefits from. But, it’s close to home because it’s my dad…I grew up watching him on stage. I would look up to the actors that my dad performed with and now I get to perform with them. I did a concert with Capathia Jenkins and I had seen them in ‘Caroline Or Change,’ Juliet Bernie and I do a lot of concerts together and she was with him in ‘Lennon.’”

Cooper, describing her character Julie remarked, “I want the audience to know that she is fiercely passionate about what she does and she’s willing to make sacrifices for that. In her case that means sacrificing a family and that’s not always necessary, but it was for her path and I really find that so admirable because she wants something so much that she’s willing to sacrifice other things. So, this person comes along that she genuinely has a love for, so her sexuality up until then is something she thought she knew, but she didn’t and she was willing to open herself up to something new. This is such a great message for love. If you meet a person that you genuinely fall in love with, it doesn’t matter what their gender is.”

Timing is key when doing a musical comedy. “Timing changes from night to night depending on the audience. Sometimes we’ll be holding for laughs for several seconds. Sometimes it won’t read that well, so we’ll move on quicker. It’s a game of listening and understanding the timing of when people need to hear things. Comedy is almost mathematical, because it has a technique and a rhythm to it.”

If you have seen the movie “Tootsie,” know that this musical is not the movie on a Broadway stage, it has been updated for society today. “We weren’t ever trying to put the movie directly on stage. We knew that we’re telling the story in a very different time—socially, politically—so we knew that we had to integrate our world today. It was something we wanted to integrate. We never wanted to replicate anything or anyone’s performance, we wanted to make our own. We wanted to create something from scratch, from our own minds.” And believe me, this musical by Robert Horn with music and lyrics by David Yazbek is very original and creative!

When audiences see “Tootsie”, Cooper wants them to experience “that it’s a hilarious show, you will be laughing from beginning to end. It’s also a very heartfelt show about relationships and love of the theater and it’s a love letter to actors and that’s why it’s so close to me because I love what I do. I want audience members to walk away having seen a glimpse into the life of an actor and to have a little more empathy for what we do.”