Dwayne Parker: addressing forgiveness through film & all about ‘VEX’ 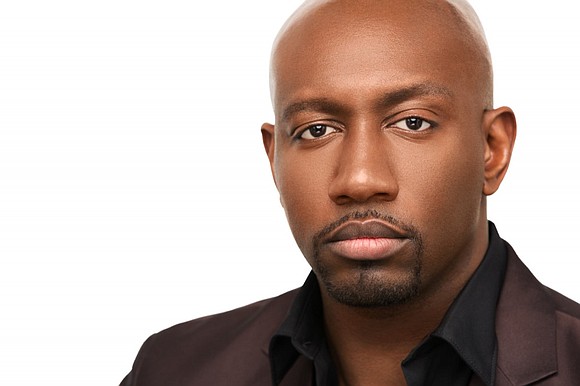 Dwayne Parker hopes to challenge audiences with the idea of giving second chances in his debut feature film “VEX.” Exploring forgiveness and the school-to-prison pipeline, Parker is looking to tell a visual story full of action, entertainment and education.

Born in Toronto, Ontario, Canada and raised in Jamaica, Queens, New York, Parker went through a transitional period. “I had to deal with the different types of cultures, not wearing the ‘right’ clothes and not speaking the same slang. One of my first experiences here was entering the classroom; it was really different from coming into a classroom where the students are all well behaved,” explained Parker.

After obtaining his bachelor’s degree in journalism and spending a few years in the entertainment industry, Parker ultimately came back to the education system and became a guidance counselor. “I love it because I am kept up with everything that is going on, the kids know everything that is new. It is like being in the present all time,” Parker said. As a guidance counselor and advisor, what he sees on a regular basis and what the students go through greatly impact and influence his creative work. “I know all too well the stories of children who were avoided by staff and neglected because of a mistake or the mistakes they have made. Students are given the harshest penalties at a young age without any real remediation or support. This results in them giving up because they see no way out. Believing that they are no better than their past,” Parker shared.

While working within the school system, Parker still had a passion for the entertainment industry. “I realized this is really what I want to get into. I have been going back and forth because I love the kids but I also love both professions,” he said. Because he had broadcast journalism experience, Parker was able to start Knight 7 Productions. A majority of his talents are seen both in front of and behind the camera as well as in postproduction. Parker is seen throughout projects both as an actor and as a producer in works like “Asunder The Series,” “Pyramids,” “Fugue,” and “Blue City.”

“VEX” began as an idea in 2016 but needed time to fully develop into what it is today. “I wasn’t really confident or in a space where I was ready to get into it. I think I had to live through things for it to inspire me to create it,” confessed Parker. “VEX” is about two men from “different sides of the law” taking on a common enemy. A detective and a gang member who was a product of the school-to-prison pipeline seeking redemption from his past, take a road trip for revenge. Another inspiration for the film came from Parker seeing victims forgive their assailants on the news, examples of this are mothers hugging and forgiving the murderers of their sons. “It not only made me realize the strength of the person who forgave but also that everyone is capable of change if one truly desires to be different, it only requires a second chance,” said Parker. “That’s a question I would like to throw out in the movie. What would you forgive? What could you forgive?” Parker added.

When the VEX is released, Parker is looking forward to it being seen in a large venue. “I submitted it to a few film festivals. I am also looking to get it out there in Canada. I want to bring my work back to Canada because that is where I am from,” he said.