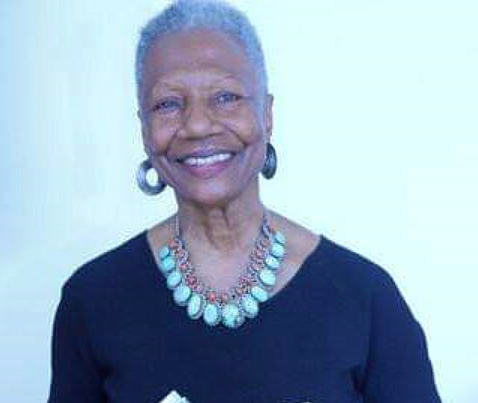 There is a passage in “The Viaduct” that is vintage Grace F. Edwards. After musing on the various new developments in Harlem—the Har-You Act, a renovated Harlem Hospital, and Barbara Ann Teer’s National Black Theatre—she takes a look back. “A few years earlier, at a block party on 139th Street, Jimi Hendrix had performed with Maxine Brown, Big Maybelle, and the Laroque Bey dancers, and after the performance Jimi had announced to a wildly cheering crowd that he had ‘finally come home,’ affirming that New York was indeed Fun City,” Edwards wrote.

“But in the uncompromising light of day,” Edwards continued, “Harlem reflected its own reality. The old 1950s urban renewal blueprint meant razing historic structures and erecting massive and sterile housing projects. It meant forced relocation rather than renewal. Four units were destroyed for the one unit of low-cost housing, and entire blocks of turn-of-the-century brownstones became a memory.”

That Edwards wrote with such passion and remorse about Harlem was understandable—it was her hometown, where on January 3, 1933, she was born and raised, thrived, and died on February 25. She was 87 according to a release from the Harlem Writers Guild where she served with distinction and which she helmed for a number of years.

In fact, it was 13 years ago that she informed the Amsterdam News of the death of Bill Banks, the Guild’s director whom she succeeded after serving as the group’s secretary.

Edwards not only captured the warp and woof, the beauty and doom of Harlem, she lent her considerable writing skills to a variety of walks of life, always with a care and precision about plot and character development. The first African American author signed by Doubleday, she published seven books, including “In the Shadow of the Peacock,” “If I Should Die,” “A Toast Before Dying,” “No Time to Die,” “Do or Die,” “The Viaduct,” and “The Blind Alley.”

Of her settings, Harlem was pervasive. “I take readers on a virtual tour of Harlem,” she said. “I aim to bring them in so close that they can see and get a real sense of the lives we live here.”

The night clubs, the blues, the jazz, the underworld, and the elite all shared her vision and imagination. All of which was given authenticity through her marriages to the guitarist Slade (Bernard Edwards) and C. Yearwood, one time owner of Smalls Paradise. “I grew up in Harlem when all the nightclubs, bars and ballrooms were in full swing… when jazz giants walked its streets, dropping into Smalls, Sugar Rays, Minton’s, the Savoy. Harlem is my history. My inspiration.”

So, in effect, she never left Harlem and Harlem never left her. She was the recipient of numerous awards, and she treasured them especially being a twice winner of CAPS from the New York Foundation of the Arts.

She was preceded in death by four siblings: Theodore, William, and Robert Smith, and Alvin Judge. She is survived by her daughter, Perri Edwards; granddaughter, Simone Pettaway; great granddaughter, Lily Banks; her brother, Allen Judge; and a host of cousins, friends, associates and students who will all miss her far more than mere words can ever express.