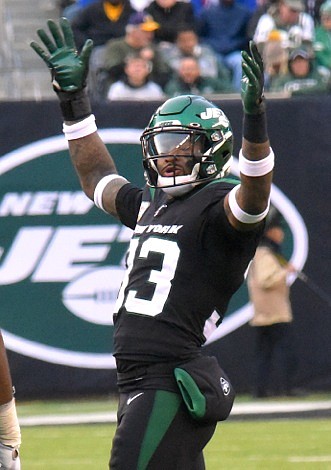 Except for the 10-part ESPN documentary about Michael Jordan and the Chicago Bulls’ last season together in 1997-1998, there’s been very little to get excited about in sports recently.

The excitement has been diminished to nostalgic moments in a player’s and a team’s history. Ponderings of “What if” and “What could have been” in print and on the networks. The lack of sports content has downsized what we read and what we hear.

Of course the latest reality show-like innuendos are always attention grabbers, like the rumor resurfacing about the Cleveland Browns’ interest in trading Odell Beckham, and Jamal Adams’ contract extension talks with the New York Jets. The NFL draft, which begins tonight (Thursday, April 23), can change all of that. At least somewhat.

The league’s 32 teams will choose college additions for their franchises for the next three days. Round 1, held tonight, will be followed by Rounds 2 and 3 tomorrow, Friday, April 24, and 4, 5, 6 and 7 on Saturday, April 25. But unlike years past, there has been a major change to the format. All team selections will now take place via videoconferencing from the home of each team’s executive who’ll be making the selection for his franchise. Round 1 will be helmed from the home of NFL Commissioner Roger Goodell in lower Westchester County.

“I’ve tried to create an environment that’s almost identical to the environment I have in my office at Florham Park,” said Jets general manager Joe Douglas, who’ll be conducting his first draft for the Jets.

The league and network’s draft presentations have been major events in recent years, but they’re now operating in uncharted waters. Even with the best behind-the-camera talent that they’ll certainly have, and all of the testing and run-throughs that they’ve done up to now, there’s still a slight possibility of a problem taking place during the broadcast, similar to the ones that caused delays/plagued the Teddy Riley/Babyface Instagram Battle this past weekend. How will this affect the team that’s on the clock to make their pick?

Their draft show party will feature appearances from general manager Joe Douglas, past and present players, as well as include interactions with fans and media guests.

The Cincinnati Bengals have the first overall pick of the draft, followed by the Washington Redskins at two, and the Detroit Lions with the third.

Unless a team has traded up to be blessed with a top draft pick, they’re usually in the top numbered positions because of their horrific record the previous season.

This is when Douglas, hired last year, gets to do his thing, strengthen the Jets’ roster. They’ll be on the clock in every round except for the seventh, the last one. They hold the 11th pick in the first round. They pick again in Round 2, number 48. They have the 68th and the 79th picks in the third round.