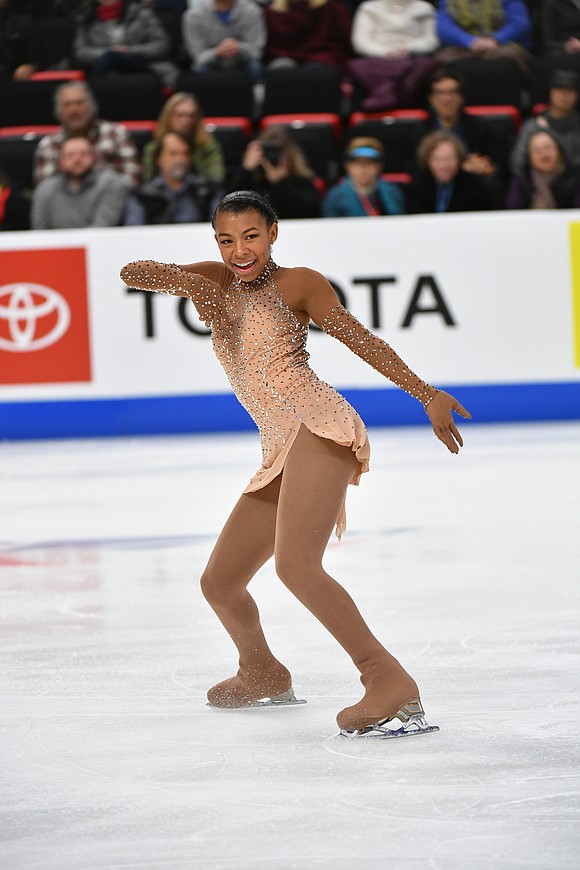 When Starr Andrews takes to the ice at the 2020 U.S. Figure Skating Championships, she is determined to show the audience a more sophisticated style. It is her third year competing at the senior level, and Andrews has pushed hard to develop her artistry and presentation.

“Preparations for [Nationals] are going well,” said Andrews, who lives and trains in Los Angeles. “I’ve been running a lot of programs. I actually saw Frank Carroll this week and he helped a lot.”

Carroll is a renowned coach who has worked with U.S. Olympic medalists Evan Lysacek, Timothy Goebel and Michelle Kwan. Now semi-retired, Carroll consults with skaters to fine tune details. Andrews said he helped her have a fresh perspective on her skating.

Andrews competed at several international competitions last fall, including ISU Grand Prix events in France and Japan. “Nothing prepares you for competition like competition,” said Andrews. “It helped with nerves. It’s definitely less nerve-wracking because I competed so many times.”

With each experience, she felt herself taking on a more businesslike approach—going to do her job to the best of her abilities. “It’s helped me grow as a competitive skater, even when the competition is not going that well,” said Andrews.

At the French Grand Prix competition, she was fourth in the short program. Derrick Delmore, who is one of her coaches, choreographed both her short and free skate programs this season. Costume maker Lisa McKinnon designed both of Andrews’ costumes, giving her a more elegant style.

“My coaches, my mom and I together came up with concepts,” said Andrews. “[For the short program], we gave her a couple of ideas of what we wanted it to look like. Then, she showed us the sketches and we chose the one that I am wearing. It’s one of my favorites.”

Every year, Andrews learns more about performing and presentation. This includes giving the programs greater impact by changing her expression with changes in the music. Some programs lend themselves more easily to emoting, such as music with lyrics. For orchestral pieces, Andrews creates a story to give the program depth.

Andrews marked turning 18 last June by getting her driver’s license and registering to vote. “It was super exciting,” she said.

Her goals for the U.S. Championships—senior ladies begin on Jan. 23—include relying on the work she put in during practice. “The more I think about competing, the more nervous I get,” she said. “I’m going to try to stay calm and do my best.”