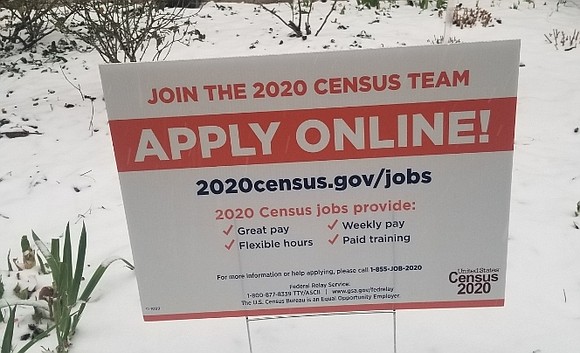 With the 2020 Census around the corner, City Hall wants to make sure every resident is counted, language barrier and economic status be damned.

“This is about whether you will be actually counted, whether you will be recognized, whether our city will be seen for what we really are or whether Washington is going to treat us as something less than what New York City is,” said de Blasio during the announcement at New York University’s Kimmel Center for University Life. “That’s what we’re talking about here. If we are undercounted we will lose representation in the Congress, period. Period. Don’t even wonder about it, they will take it away.”

More than 150 organizations were recipients of the $19 million NYC Complete Count Fund (CCF), which is the largest city-built community organizing program. CCF was jointly funded by City Hall, the City Council and will be administered by NYC Census 2020 and the City University of New York (CUNY).

The use of the word “campaign” is important to the city. Their plans include using campaign-style organizing, focusing on getting out the vote with people in underserved and undercounted communities. City Hall and other organizations hope to capture these communities via “earned media, paid media, and social media strategy” featuring everyday New Yorkers and community voices, collaborations between city agencies, elected officials, unions, employers and houses of worship and data analysis to target priority neighborhoods for outreach and enable comparison to real-time self-response data from the U.S. Census Bureau.

Menin said that this effort is necessary due to the actions of the Donald Trump administration accusing them of trying to weaponize the census to scare immigrant and nonwhite populations from participating.

“As the mayor said, the city’s response in 2010, it was 61.9 percent––14 points lower than the national average,” said Menin. “Look, we’re New Yorkers, we’re in a nationwide competition, let’s be clear. We can and we must do better than that. So, even in an environment that seeks to divide us, this unprecedented coalition which you’re all a part of has come together to say that when you threaten us and our communities, we come together, and we fight back.”

Some of the organizations the city tasked to get out the census count includes Association for a Better New York (ABNY), the Asian American Federation, the Brooklyn NAACP, the Center for Law and Social Justice at Medgar Evers College, the Hispanic Federation and Make the Road New York.

Complete Count Fund hopes to build resources through an awareness campaign and counteracting the spread of disinformation about the Census. The fund includes an $8 million multilingual campaign that’ll feature marketing and advertising geared to different non-English speaking community. The city will also invest $3 million in ethnic and community advertising to reach undercounted populations as well.

Deputy Mayor J. Philip Thompson wanted to remind those in attendance of how former Attorney General Jeff Sessions, along with White House Senior Advisor Stephen Miller, first made the choice to use scare tactics against underserved communities.

“My wife was a voting rights lawyer in Alabama back then,” said Thompson. “When Jeff Sessions took one of Martin Luther King’s deputies who was then in his 80s and in the hospital, and had him wheeled into a courtroom literally on a stretcher so he could try and incarcerate that man under a false claim of voter fraud because this elderly man on a stretcher, he accused of trying to register voters illegally, it was a totally false claim, it was thrown out of court.

“But I’m telling this story to you [so you understand] who it is that’s sitting in Washington, who it is that’s cut funding for the census at the national level precisely because they didn’t want an accurate count,” concluded Thompson.