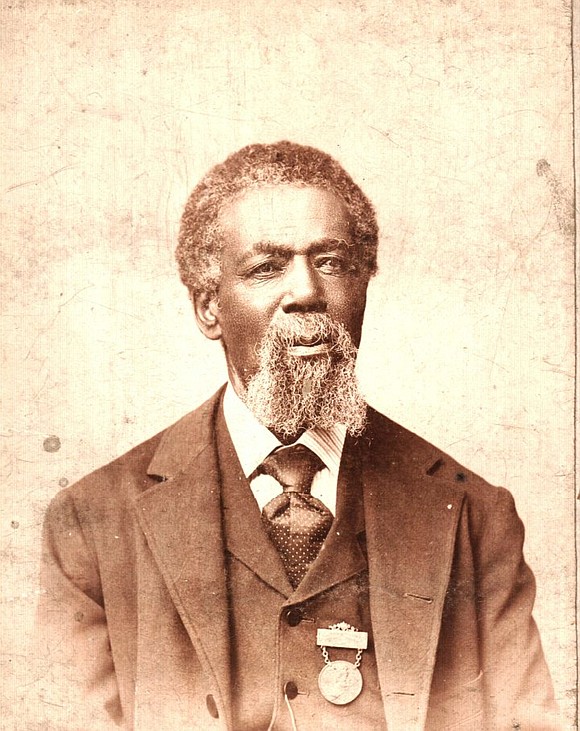 The national theme for Black History Month 2020 is “African Americans and the Vote” highlighting suffrage of Blacks throughout American history.

On Feb. 3, 1870, the Fifteenth Amendment was ratified prohibiting “the federal government and each state from denying a citizen the right to vote based on that citizen’s race, color, or previous condition of servitude” giving Black men the right to vote across the nation.

Just under a month later the first African American vote was cast in Perth Amboy, N.J. on March 31, 1870 by Thomas Mundy Peterson.

Born in 1824 in Metuchen, N.J., Peterson was the son of ex-slave Lucy Green. Peterson worked as a janitor and handyman in Perth Amboy.

After the Fifteenth Amendment was enacted, Peterson participated in Perth Amboy’s local election held at city hall over the city’s charter. A member of the Republican and Prohibition Parties, he cast his ballot in favor of revising the existing charter, making him the first African American to vote in any election in the nation.

In 1884, in honor of his history-making ballot, the Perth Amboy community raised the equivalent of $1,800 in modern dollars to buy Peterson a gold medallion featuring Abraham Lincoln’s profile.

“Presented by the citizens of Perth Amboy, N.J. to Thomas Peterson the first colored voter in the provisions of the 15th Amendment at an election held in that city March 31st 1870,” the medallion’s inscription states.

Peterson died in 1904 at the age of 79. The medallion Peterson received is housed at the historically Black Xavier University of Louisiana in New Orleans. In 2017, the university loaned the medallion to the City of Perth Amboy for a presentation at St. Peter’s Episcopal Church.

“During the 19th century, and even up to the present day, many communities have attempted to stop African Americans from voting. Perth Amboy is different, that is, we encouraged the right to vote,” said local businessman and historian John Kerry Dyke. “The Thomas Mundy Peterson medal is more than just an award. It represents the efforts of all good people that want to enfranchise America’s voters. It embodies the concept that all men are created equal.”