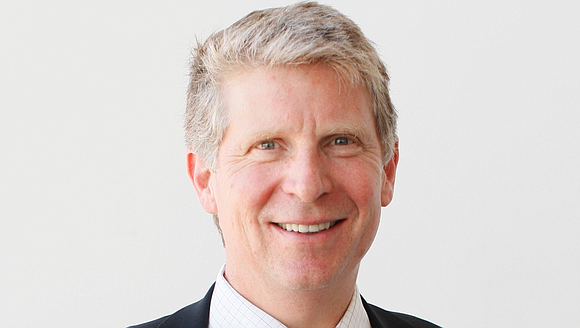 After weeks of sustained, peaceful mass protest against police brutality and structural racism, America finds itself at a tipping point. The racial trauma our country is experiencing portends taking action in every facet of American life – from employment, to education, and especially to law enforcement.

Cities across our country are reevaluating the chasm between their police budgets and social service expenditures, and reaching the conclusion this disparity produces lasting damage. Over the past week, New York slashed a $1 billion from the city’s police budget and the Los Angeles City Council approved $150 million in police budget cuts. Meanwhile, Minneapolis is moving ahead with its plans to disband its police department entirely in favor of public safety alternatives that will generate fewer punitive outcomes.

In light of the recent killings of George Floyd, Ahmaud Arbery, Breonna Taylor, and Rayshard Brooks, it is unquestionable that substantial community reinvestment is essential to our era’s antiracist criminal justice reckoning, and that grassroots organizations based in communities of color severely harmed by police violence and unnecessary incarceration should receive the bulk of funds divested from law enforcement.

Reinvesting taxpayer dollars into our historically underserved communities of color demonstrates that municipal leaders are listening and acting on the democratic principle of the “consent of the governed,” which holds that the moral right to use state power is only justified to the extent that our constituents consent to it. So too do other actions taken by state and city governments, including banning police use of chokeholds, making police misconduct reports public, and ending qualified immunity. But these actions over the past weeks don’t suggest our work, as government and law enforcement leaders, is anywhere close to healing centuries of trauma caused by systemic racism in our justice system.

Long-term, transformative change requires continued attentive listening to our communities of color long after the voices of thousands no longer ring out in the streets. And it requires a different vision for large-scale community reinvestment – namely, an openness to partnering with and funding grassroots organizations and individuals, including violence interrupters and other credible messengers, who possess the deepest understanding of and strongest bonds within the community. Recent events also highlight the need for cities to prioritize funding for programs like Community Navigators, a mobile network of trained peers and social workers who help guide community members across different systems, city agencies, and organizations to ensure they receive the services and resources they need.

Last week, New York City approved a budget that reallocates $354 million from the police to city agencies dedicated to education, health and mental hygiene, and homeless services. I would submit to New York lawmakers – and other metropolitan leaders considering a similar reinvestment path – that an effective, large-scale model for investing directly in our communities of color already exists.

In 2016, the Manhattan District Attorney’s Office launched the first-of-its-kind Criminal Justice Investment Initiative(CJII), in partnership with the CUNY Institute for State and Local Governance, using $250 million forfeited in our aggressive investigations against major banks. At the time, our office consciously decided not to direct these funds toward traditional law enforcement asset forfeiture expenditures, such as tanks, assault weapons, and high-tech surveillance tools that contribute to the militarization of local police and disproportionately harms Black communities. Instead, we believed – and still believe – that community reinvestment provided the best opportunity to build healthier communities, and in turn, reduce both crime and justice-system involvement.

CJII provides financial backing to 50 community-grounded organizations doing innovative work that supports youth, families, crime survivors, and reentering New Yorkers. We’re proud to fund five youth opportunity hubs across Manhattan, programs that provide healthcare services for reentering New Yorkers, initiatives devoted to serving LGBTQ+ survivors of crime, and trauma-informed services for survivors of violence in our communities of color that historically lacked these vital resources. These investments – not only our prosecutions – help make New York a safer and more just place. Indeed, during the four-year period of our CJII investments, our office ended the routine prosecution of marijuana smoking and possession, subway fare evasion, unlicensed vending, and other low-level offenses – a series of policy changes that helped us cut prosecutions by 58 percent over the past decade without materially affecting public safety in Manhattan.

Our CJII community-investment model shows that whether in Harlem, the Near North community in Minneapolis, or in South Central Los Angeles, many of the urgent answers we seek to right-size and reform our justice system can already be found within our neighborhoods.