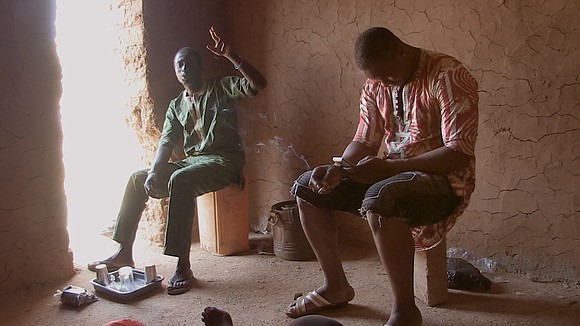 Nova Frontier Film Festival and Lab, The Billie Holiday Theater and Laurel Channel TV have joined forces to launch the Nova Frontier Film Festival 2020, a unique and timely virtual edition of the innovative global film festival taking place online Friday, June 12th to Sunday, June 14th in response to COVID-19. The Festival typically takes place at The Billie Holiday Theatre, artistic anchor to the largest community of African descent in the nation: Central Brooklyn. Now in its 3rd year, the Nova Frontier Film Festival showcases and nurtures the works of filmmakers from and around the African Diaspora, the Middle East, and Latin America. This year's Festival will center around the themes of immigration and identity and will include a robust suite of screenings and events all free and accessible to the public.

NFFF 2020 features a comprehensive line-up of 17 curated long- and short-form films, panels, and performances designed to create a far-reaching platform for independent filmmakers and artists to share their stories and perspectives with the world amid the current global health crisis. The selected films raise questions that force viewers to re-examine notions of home and family, state, nationalism, borders, and communities. Even the concepts and constructs of social distancing and self-quarantining are echoed throughout with many of the films depicting people living in somewhat enforced quarantined existences in refugee camps, or squatting on the edge of cities and society, caught in the limbo of state bureaucracies and red tape. All of the films in the Festival collectively utilize the power of storytelling as a tool to communicate ideological divides and the disruption of the status quo.

"We are excited to continue our partnership with The Billie Holiday Theatre, which has been our home since the inception of the Festival and welcome our new partner Laurel Channel TV as we bring this edition of the Festival to our audiences - and potentially new audiences as well," said Billy Gerard Frank, Co-Founder and Executive Director of Nova Frontier Festival. "We hope this online virtual space will bring communities together to reflect, share, and experience our deepest humanity and connections through these curated global films and discussions."

"Our partnership with NOVA Frontier Film Festival and now with Laurel Channel TV to present NFFF 2020 is perhaps more profound than ever, given where we are today. This partnership among our three organizations is so especially fitting because at the core of all of our respective missions is the commitment to stories," said Dr. Indira Etwaroo, Executive Director of The Billie Holiday Theatre. "During these unprecedented times in our global society which has severely affected communities of color underscoring systemic inequities, we as leaders in the arts decided to come together to find fresh and unique ways to allow important stories to be told.!"

For more information and for the schedule, visit: http://www.novafrontierfilmfestival.com/program

THE TRAP by Nada Riyadh (Egypt)

Away from prying eyes, a young unmarried couple retreat to the depth of a desolate run-down Egyptian seaside resort, to make love. The power dynamic between them is tested, when the girl reveals she wants their relationship to end.

During the 1990 World Cup, two young Palestinian boys are looking for "Maradona's legs"; the last missing sticker that they need in order to complete their world cup album and win a free Atari.

In Agadez, a city of Niger on the outskirts of the Sahara, migrants on the road to Europe cross paths with others who fled Libya or have been expelled from Algeria. We spent several days with them as well as with a smuggler. They told us about their hopes, their dreams, their difficulties. Sometimes they play, they cook or they dance: they are human beings.

Stéphane, 20 years old, is living in Paris in her grandmother's flat. He accepts to contact his father who's working in a prestigious restaurant. He starts as a waiter there. Torn between his family story and tensions at work, Stephane will have to make choices.

A female Arabic refugee in immigration authority: She is begging to catch up with her children. They got separated. The responsible official tells her that his hands are tied. As the situation escalates the official throws the woman out of his office. A bit later, we see him, visiting his old mother. With her, we are traveling in her past - we will see what happened with her, 40 years ago in West-Berlin...The same situation, the same dialogues, the same office... The film is dealing with the tragedy of separation between children and mothers beyond cultural differences.

Haiti, nowadays. One day in the life of a family of three : three men, alone with their dreams and frustrations. Three generations under the burning sun. A day like every other day... And between them, everywhere, in every hand, there are blades : machetes. So when the night eventually comes…

SUNSHINE ROOM by Nick Lopez (US)

Cutting-edge technology allows a young woman to grow up alongside her beloved Abuela. But on the verge of leaving for college, her financial realities threaten to erase their relationship - for good.

Rahma, a single mother of four, encourages her children to maintain a strong sense of family, faith and cultural identity. This inevitably is contrasted with the difficulties and disconnect she faces as a migrant and Muslim living in Melbourne.

The same scene with different facets in Chicago, NYC, Paris and São Paulo: the poetry slams, poetry performance battles established as encounters that instigate creativity and diversity and defy the conservative wave in politics as Agoras for expression and free thinking. In Brazil, the poet Luz Ribeiro wins the national championship and goes to the Poetry Slam World Cup in Paris, representing the new black and feminist standpoint that has been gaining momentum through the poetic virulence of the politicized word.

THE WAKE by Riad Bouchoucha (France)

Salim comes to meditate near his mother's body. But very quickly, between religious customs which he does not understand and the incessant comings and goings of people who are unknown to him; the young man feels uncomfortable in the small family apartment. When Imad arrives as a prodigal brother, it's too much for Salim to handle.

One day Ahmed, employed at the public baths and nearing retirement, encounters Mike, a teenager adrift. Between the bath house walls, in a place on the point of disappearing, a strange relationship will develop between these two fractured souls.

The Squat is a short documentary that gives a glimpse into the inner lives of the Colombian immigrants currently living in Santiago, Chile. The Squat, or "La Toma", is a community of nearly 17 immigrant families who have built their own housing above the highway, out of pedestrian sight, at the abandoned Yungay railroad station in Santiago. Their interviews (or stories) are tales of estrangement and survival, as they have escaped one country's horrors, they now face unfamiliar challenges in their new country, Chile. Their living conditions are fragile, with the promise of new beginnings, their hope is a simple and universal one.

Issa, 20 years old, is about to get out of jail, when he meets Gaetan, a young inmate who has not served his sentence yet…

NEVER LOOK AT THE SUN by Baloji ( Belgium)

Joseph, 8 years old, refuses to accept the departure of his older brother to mainland France. Influenced by the traditional stories of his grandfather, he is convinced that Lentikri, a Martinican old monster, prowls around the house to attack his family. Joseph decides to confront it.

When his efforts to reach Europe prove unsuccessful, Sega is thrust back to Dakar where he must now confront his family and friends and navigate his disappointment as well.

"Bab Sebta" (or Ceuta's Gate) is a series of reconstructions of diverse situations observed in Sebta/Ceuta, a Spanish enclave in the north of Morocco. The border of Bab Sebta is the scene of a traffic of manufactured goods, sold at discounted prices. Thousands of people cross this border every day, carrying enormous packages of goods. In the film, we watch this "ballet" of individuals around the border, and witness the dynamics of movement, the plastic and visual appearance of the passage, the characteristic situations of waiting and the redundancy of gestures.