One Thing Newsrooms Can Do: Capitalize "B" When Reporting About the Black Community

An open letter to the news media and the Associated Press. Follow the Black Press’ lead. 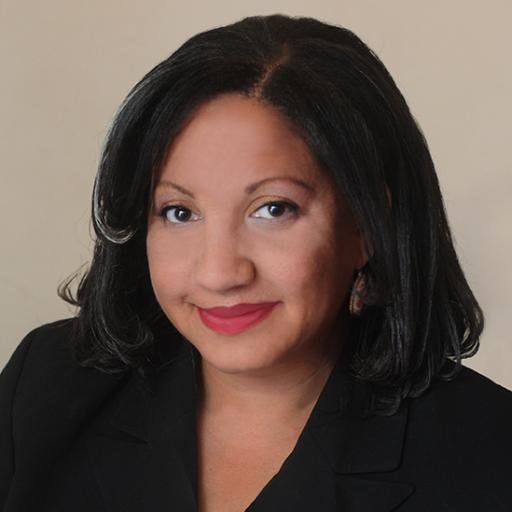 In the wake of the George Floyd tragedy and the subsequent call to eradicate racism that’s manifested via protests worldwide, I’m writing today to request the mainstream news media begin capitalizing the “B” in Black when describing people and the community.

I’m also asking the Associated Press (AP) to update its Stylebook to reflect this change, effective immediately. This book is the bible for working journalists and sets journalistic industry standards. The AP has tremendous impact as a wire service with more than 1,000 subscribers worldwide.

Black is an encompassing term that is readily used to refer to African Americans, people of Caribbean descent and people of African origin worldwide. Capitalizing the “B” in Black should become standard use to describe people, culture, art and communities. We already capitalize Asian, Hispanic, African American and Native American.

This step is a good first step to affirm the significance of being Black in America. This matters. It’s to bring humanity to a group of people who have experienced forms of oppression and discrimination since they first came to the United States 401 years ago as enslaved people. I ask for this change in honor of the Black Press, which already capitalizes the “B” in Black, and in honor of the legacy of the 44 brave men and women who founded the National Association of Black Journalists (NABJ) in 1975.

I’m not the first to propose this change. I’ve read multiple published opinions on the topic over the past decade in particular. I first asked AP editors to consider the change last August. As the then president of NABJ, I sent letters to all the candidates for presidential office to address the 4,400 Black journalists, media professionals, students and attendees at the 2019 NABJ Convention in Miami. I took note of the candidate responses by Senator Bernie Sanders and Mayor Pete Buttigieg as they both capitalized the "B" when describing the community and people.

“Just as Ethel Payne found herself the sole reporter asking about desegregation in the White House briefing room, Black journalists are still too often a lone voice of scrutiny. This gathering is an important opportunity to help change that by growing networks of Black journalists and ensuring that diverse perspectives are covering the stories that impact us all,” Buttigieg wrote in response to my invitation.

While I was following AP style in my outreach to the candidates and not capitalizing the “B” in Black, I knew that, fundamentally, that style was wrong and inadequate.

“All too often, the interests and needs of Black Americans are underrepresented in mainstream media, and so are your stories,” Sanders also responded last year.

During the riots following Freddie Gray’s death while in custody of the Baltimore police in 2015, I wrote to the AP on behalf of NABJ stakeholders, and asked that the definition of the word “boy” be updated. The AP made the change in the 2018 Stylebook to include context to the word “boy” for describing Black men, which if not used properly can be racist due to historical connotations that may evoke Jim Crow-era references, including lynchings of Black men.

So here we are again, a sign of the times.

George Floyd narrated his death on May 25, 2020, in a now widely seen social media video. Minneapolis Police Officer Derek Chauvin depressed his knee on Floyd’s neck for 8 minutes and 46 seconds while handcuffed and laying face down on the ground. Floyd’s death has elevated the nation’s consciousness of systemic racism, ranging from incidents of excessive use of force by the police to everyday microaggressions.

Today, NBC Owned Television Stations adopted capitalization of the “B” in Black when referring to people and the community. I ask individual newsrooms to also take up this discussion regardless of whether the AP decides to adopt this new style. The Seattle Times began capitalizing the “B” in Black in 2019 and The Daily Orange, the student-run newspaper at Syracuse University, also did so earlier this year.

There is momentous change across America that we are bearing witness to. Don’t let change pass us by. Journalism and media companies must have a reckoning with themselves, reflect upon their own practices and also shatter systemic racism that exists within the mighty bowels of the free press. How may the journalism community hold the powerful to account without an internal review of its very own practices? The press must work to be sure all its habits are fair and equitable.

Capitalizing the “B” in Black to describe people and the community is a fitting first step.

Sarah Glover is a veteran journalist, manager of social strategy at NBC Owned Television Stations, leadership fellow with The Press Forward, a nonprofit initiative dedicated to advancing news culture through education, training and research, and immediate past president of the National Association of Black Journalists.