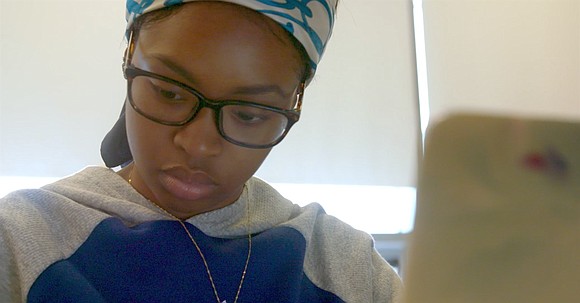 As with pretty much all events this year, DOC NYC, New York City’s all documentary film festival, will be held virtually. From Nov. 11-19, DOC NYC showcases the best in nonfiction films this year. Many of the more than 200 features and shorts bring New York City culture, history and politics front and center. There is also a plethora of fantastic choices shedding light on the arts, race, history, politics, LGBTQ issues and much more!

Blue Code of Silence opens with former NYPD officer Bob Leuci telling then-Asst. U.S. Attorney Rudy Giuliani to go f*ck himself. Ahem. It’s 1971 and Giuliani pressured Leuci to go undercover. Leuci was an officer in the Special Investigations Unit, an elite area of the narcotics division given unlimited power and no accountability. It was evident that corruption there was rampant. How much corruption there was, was shocking. Comments Leuci, “Ninety-five percent of the people in that unit were corrupt.” It didn’t end just there. Leuci states, “The bosses, jurors, prosecutors, lawyers and judges” were all corrupt.

Amazing story of the Black Panthers and Young Lords’ successful implementation of pioneering, visionary health (including using acupuncture to treat addiction) and food programs for the poor in New York City. Also chronicles the overwhelming resistance by the local and federal government in the face of these people-focused initiatives.

The life of celebrated jazz musician Billy Tipton, outed as a trans man posthumously, is used as the entry point in this engaging and compelling doc to examine the ways in which the media and academia has continually and tragically failed to capture the lives of trans men.

Extended footage of President George W. Bush upon being given news of the worst thing that ever happened on U.S. soil, provides a different perspective than that of a man who simply didn’t know how to react to the worst crisis to visit America’s shores since Pearl Harbor. Bush is sitting in front of a group of 7-year-olds at Miami’s Emma Booker Elementary School. It’s clear he doesn’t want to alarm the kids. “9/11 Kids” revisits many of those students, charting their lives in their low income, heavily racially segregated southwest Florida community, in the almost 20 ensuing years. Some are in the prison system, one is making six figures in her early 20s, most are living fairly ordinary lives. Surreal yet fascinating.

Stateless is definitely not a horror flick but it’s horrifying just the same. In 2013 the Dominican Constitutional Court revoked the citizenship of Dominicans “of Haitian descent” retroactive to 1929; 200,000 of them are now stateless, having no real ties to Haiti but denied citizenship in the country of their birth. A harrowing look at the day-to-day effects of racism, or to be more specific colorism, and the damage it wreaks in the Black diasporic community each day. Though sometimes a bit confusing to follow, it is beautifully shot with a strong sense of working class Dominican life, and it is a powerful wake-up call.

See this along with the short film “Motherland,” which traces Black Jamaicans in England going through something very similar.

“A Crime on the Bayou”

Gary Duncan is in his 70s now but still dissolves in tears when he recalls a day in 1966 that changed his and his family’s lives, forever: the day he was sentenced to prison for touching the elbow of a white man. His case ended up making it to the Supreme Court and changed the laws regarding jury trials across the country. Directed by Nancy Buirski and exec-produced by John Legend, it raises the bar for other documentaries in the way it’s seamlessly and beautifully executed.

“A Cops and Robbers Story”

Truly gripping, the film chronicles the life of complex figure Cory Pegues who left a life of violence and drug dealing (but not his community and friends ) behind to try to make a life for himself and his family by joining the NYPD. Pegues distinguished himself earning a Masters degree and achieving the vaunted position of NYPD Deputy Inspector before his vocal stance on police brutality in the Eric Garner case, and the revelations about his past life of crime were revealed. Pilloried by the press, it raises questions about the hypocrisy since Pegues is certainly not the first police officer to have had associations with questionable figures in his youth.

Charts innovative educator Geoffrey Canada’s painstaking, systematic efforts to create and expand the oft-lauded Harlem Children’s Zone, a non-profit centering on education with a broader goal of eradicating poverty in Black neighborhoods by “creating a cradle to career pipeline.” Canada states he is “trying to solve intergenerational poverty in Harlem.” The efforts included battles with government for funding, and negotiating with neighborhood drug dealers. His efforts appear to have paid off with most HCZ students going to college and many achieving math test scores surpassing those of white students.

Talented Trumpeter Wallace Roney was the only trumpeter to study under Miles Davis, who symbolically passed the torch to him at the historic 1991 Montreux Jazz Festival. Roney, for reasons indefinable, was never totally able to come out from under Davis’ shadow though he distinguished himself in his own right. The film traces Roney’s attempts to fulfill one of Davis’ last wishes and record a symphony composed by Wayne Shorter in the late 1960s. Upon Shorter’s delivering “The Univerese Compositions” to Davis he reportedly quipped, “I asked him for a tune, he gave me a fucking symphony.” Unfortunately, it disappeared for decades, being uncovered and marshalled into fruition, fittingly, by Roney in 2014.

Mark Twain famously stated, “Buy land, they’re not making it anymore.” Given land’s seeming scarcity and importance in the survival of any society, people have gone to any lengths necessary to procure it. A young man returns to his ancestral homeland in Kenya after receiving a letter declaring that his grandmother is a witch. Upon arriving he finds out that numerous elderly people are being accused of witchcraft and it appears to be a stratagem used to take their land. Greed, power and myth intersect in this slow burn but ultimately enthralling documentary where the ederly are sacrificed ostensibly for the safety of the community but ultimately out of a desire for profit.