A tribute to visionary Ntozake Shange’s Dance We Do: A Poet Explores Black Dance 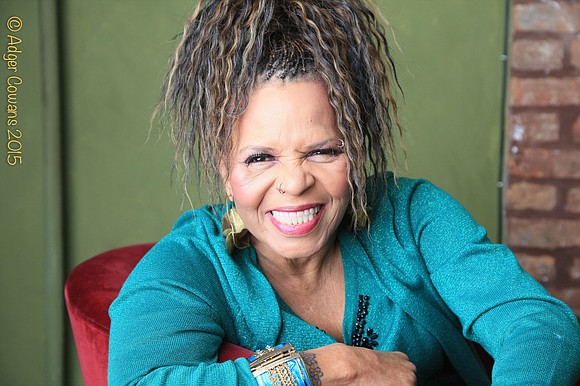 Visionary poet and playwright Ntozake Shange’s first posthumously published book, “Dance We Do: A Poet Explores Black Dance” (Beacon Press, 2020) was recently treated to a virtual launch by her alma mater Barnard College’s Shange Magic project, in collaboration with Beacon Press and the Shange Literary Trust. The celebration of Shange’s latest creation––a testament to the power of dance and the community it creates––involved Zake’s brother Paul T. Williams, Jr., and a group of dynamic female artists, scholars, friends and collaborators––Dianne McIntyre, Dyane Harvey and Halifu Ousmane, Reneé L. Charlow, and Alexis Pauline Gumbs. Together, they shared fond memories of this brilliant woman whose zest for life was evident the minute you met her.

By adding her voice to the study of Black dance history Shange offers an important glimpse of an artform that for too long was largely invisibilized. Now, Shange’s voice joins what has become a persistent and growing group of writers defiantly shattering that silence and shining light on a legacy that includes the inimitable artistry of dancers and choreographers like Fred Benjamin, Raymond Sawyer, Otis Sallid, Mickey Davidson, Dyane Harvey, Dianne McIntyre, Halifu Osumane and Eleo Pomare.

In the book’s foreword we learn how the book came to be after “the pages that became this book lived in a purple file folder” were discovered, the folder “frayed and faded by sunlight to lavender and bolstered by a protective archival sleeve in the Barnard College Archives to prevent further decay.” The book wasn’t born overnight. Yet, as anyone with a passing familiarity with the biographies of artistic souls knows, their inspired creations, pearls of wisdom, and bold reflections don’t always see the light of day at the time they originate but when they do they are right on time.

Shange’s first posthumous publication shares her impatience with the fact that at the time, “No graduate students came to trace the opus of these masters. So, on the internet, at the library, in the dance magazines, Black dance doesn’t exist yet.” But it existed for her.

In fact, according to Dianne McIntyre this 27-year-old dancer, poet, playwright, director, performer and overnight success did not skip a beat after the rave reviews of her production’s debut. In fact, Shange showed up for dance class at the Harlem-based studio of McIntyre’s company Sounds in Motion, right after the Public Theatre debut of “for colored girls who have considered suicide/when the rainbow is enuf” because “dance was home.” After all, despite the enthusiastic reception of her newly created theatrical genre, a fusion of dance and poetry she called a “choreopoem,” McIntyre said, dance was where Zake’s heart was.

Not long after the production’s debut at Joseph Papp’s iconic downtown Public Theater, where it was jointly produced with New Federal Theater’s founder Woody King Jr., Zake was featured in major publications, interviewed on television talk shows and before long her “choreopoem” was bound for Broadway. Now, it and the prodigious output of this creative force-of-nature who made her transition last year is analyzed, deconstructed and lauded on college campuses around the country and published in several languages.

But it was this most recent tribute, in Oct. 2020, on her birthday that brought joy to the heart and tears to the eyes thanks to those who knew her well. McIntyre collaborated and choreographed with Zake on numerous projects, including “Spell #7,” “Boogie Woogie Landscapes,” “Why I Had to Dance,” “lost in language and sound,” and “It Hasn’t Always Been This Way.” Osumare, dancer, choreographer, teacher, administrator, and scholar whose 40 year-career has included collaborating with Shange danced in the Bay Area during the cultural cornucopia known as the Black Arts Movement. Choreographer/movement director, performing artists and founding member of Forces of Nature Harvey recalled dancing for the book launch of Zake’s “Wild Beauty” and her work as an original cast member of Shange’s “Spell #7” and “Boogie Woogie Landscapes,” among other productions. Barnard college instructor Gabri Christa moderated the panel which underscored the significance of this Black woman’s work to both dance and theater as they celebrated her publication “Dance We Do.”

This exciting new book pays homage to Shange’s passion for dance––vernacular/social or concert. After all, according to her brother, when they were growing up “Zake did every new dance that came along with her own gutsy style.” She danced throughout her entire life, “even when her physical health restricted her to a wheelchair she danced onstage with a troupe of physically disabled dance performers. But it wasn’t just about the dance, it was about the dance, the word, the meaning and the recognition of the value of the all-encompassing creativity of the people of the African diaspora. This book ‘Dance We Do’ is another signature work of Ntozake Shange’s. It is the first personal and scholarly account of the vitality, originality, and legacy of a core group of Black choreographers who have greatly influenced our worlds of dance and culture over several generations.”