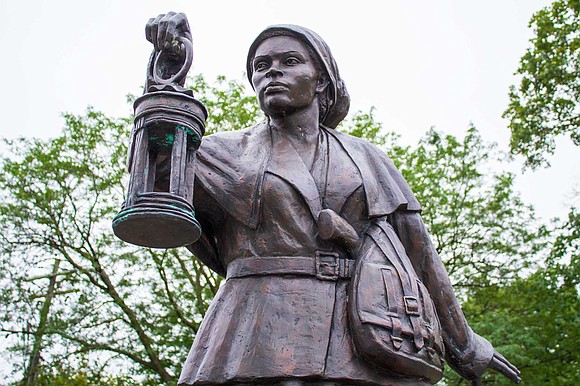 There’s one more reason to love New York––it’s rich history and role in the Underground Railroad. In the late 18th century from Brooklyn to Buffalo, enslaved people passed through many sites on their way to freedom in Canada.

Here’s a look of the some of them.

The museum shares stories of the Champlain line of the Underground Railroad, which includes the Upper Hudson River, Champlain Canal and Lake Champlain in the Northern section of the Adirondacks. Freedom seekers traveling north navigated these waterways into Canada, making Lake Champlain a gateway to freedom. Exhibits include stories of enslaved individuals and families who traveled through the Champlain Valley to Canada or settled in the area, local safehouses, as well as accounts of the debates over slavery and the divisions it caused.

You’ll learn about the triumphant tales of people like John Thomas who escaped the horrors of slavery in Maryland and made his way to Troy, New York. “He used the skills he learned as a slave in Maryland and successfully grew wheat which was difficult to do in the area. He got land from an abolitionist,” says Jacqueline Madison, president of the museum. He became a local legend.

Then there’s Moses Roper who escaped on a schooner from Atlanta to New York where he got jobs in Albany and Poughkeepsie. He would go on to write one of the early major works on slavery in the United States, “Narratives of the Adventures and Escape of Moses Roper From American Slavery.”

Currently closed due to COVID-19, look forward to the museum’s reopening.

This 26-acre estate in upstate New York includes the former home of Harriet Tubman, a two-story brick home provided by William Seward, the U.S. senator from New York, a welcome center and the Harriet Tubman Home for the Aged. She helped hundreds of enslaved people and families to freedom on her Underground Railroad over a period of 12 years. In 1857 she moved to Auburn and continued her work as the conductor of the Underground Railroad. She died in 1913 and is buried at Fort Hill Cemetery, also in Auburn. In January of 2017, the Harriet Tubman National Historical Park was established. Much as she is known for the Underground Railroad, there’s more to Tubman. “She joined the war effort in 1863 to assist the Union Army and colored troops. She was the only woman to lead armed troops during the Civil War,” says Paul Carter, manager of the Harriet Tubman Historical Site.

In 1896 she purchased 25 acres of land where she built the John Brown Infirmary to take care of the poor and infirm.

Under the cover of night slaves would come and others would leave the Plymouth Church in Brooklyn. The basement of the church was a hiding place. “People would come for a night or two, for food and rest before making the journey north,” says Melissa Collom, church historian.

Retrace the steps of those who walked there more than 170 years ago. The dark basement with dirt floors sets the mood of the “Grand Central Depot”.

The church started in 1847 and was led by anti-slavery advocate and senior minister Henry Ward Beecher. From its beginnings, the church served as a vital philosophical and geographical link in the Underground Railroad. Famous visitors include President Abraham Lincoln and Rev. Dr. Martin Luther King Jr. The National Register of Historic Places designated the church a National Historic Landmark in 1961.

Gerrit Smith was one of the most powerful abolitionists in the United States, using his wealth to assist former enslaved people reach freedom helping families by purchasing their freedom from slavery, arranging safe passage to Canada, helping families establish their lives locally, gifting land and providing educational opportunities.

“Gerrit donated what would be today about $1 billion to human rights organizations and a lot of it went to the Underground Railroad,” says docent Norman Dann. “He didn’t want to be like his father Peter who was arrogant and not benevolent.”

Among the properties’ treasure are the five original horse stalls that were used in the Underground Railroad. “It’s still like it was in 1840. Imagine what it’s like to stand where freedom seekers stood at the last stage of their trip before going north. You can feel it,” says Dann.

The Gerrit Smith Estate is a National Historic Landmark.

“Niagara Falls was the last river to cross. Enslaved people faced many challenges to get this far and they got to the beautiful falls and there was no bridge to cross,” says Saladin Allah, visitor experience specialist for the Center. A bridge was built in the late 1840s.

“Our goal is to share the stories of those who helped people cross over to Canada,” says Allah.

You’ll hear about heroes like John Morrison, the head waiter and other Black waiters at the Cataract House Hotel who got people out. Morrison often ferried people across the river himself. The hotel, at the time the second largest in Niagara Falls, was one of the most important Underground Railroad nodes in the nation.