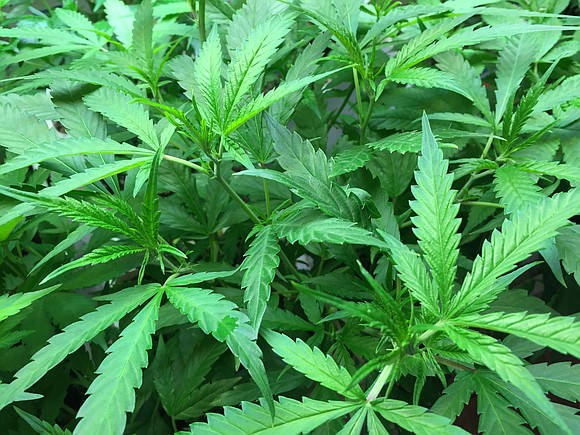 A piece of legislation passed this week could lead to certain things being ‘passed’ too.

On Tuesday, the New York State Senate passed bill S1527C/A01248A (the “Marijuana Regulation and Taxation Act”) legalizing the cultivating, selling and using of recreational marijuana. A source of debate and inward fighting for years, the recent

New York State Senator Liz Krueger and State Assembly Majority Leader Crystal D. Peoples-Stokes, who sponsored the bill in their respective houses in the legislative branch, celebrated the fruits of their labor.

“My goal in carrying this legislation has always been to end the racially disparate enforcement of marijuana prohibition that has taken such a toll on communities of color across our state, and to use the economic windfall of legalization to help heal and repair those same communities,” stated Krueger. “I believe we have achieved that in this bill, as well as addressing the concerns and input of stakeholders across the board.”

Peoples-Stokes took to Twitter to celebrate and assured New Yorkers that all citizens would benefit from the bill.

Based on taxes per milligram, a distributor would pay 0.5 cents for cannabis flower, 0.8 cents for cannabis concentrate and three cents for edibles. The majority of revenue would go a “Cannabis Revenue Fund,” which distributes money the Department of Taxation and Finance, the Office of Cannabis Management, the Cannabis Control Board, Urban Development Corporation (UDC), DCJS, SUNY, State Police, OCA.

Forty-percent of the remaining money would go to the Lottery Fund for Education. Twenty percent would go to the Drug Treatment and Public Education Fund that would finance drug treatment programs, school-based prevention, health care services and programs and health campaigns to teaching responsible cannabis use. Another 40% would go to the “Community Grants Reinvestment Fund” that would help support social and economic equity program established by the Board.

The state would also establish an Office of Cannabis Management that would be responsible for regulating the businesses in New York.

But the celebration among activists included a caveat: that the state acknowledge it’s action during the drug war that threw Black and Brown people in prison for possessing small amounts of marijuana.

Mark Winston Griffith, representative for Communities United for Police Reform and executive director of the Brooklyn Movement Center, pushed for those who were hurt to receive the proper ointment for their pain.

“Activists have been fighting for years to end the abusive enforcement of marijuana that has ensnared over 1 million New Yorkers in the criminal justice system,” Griffith said in an email. “Now, reinvestment will be mandated to create opportunities for communities that have been most harmed by marijuana prohibition and criminalization from historically racist enforcement will be addressed.”

The bill includes a “social equity” clause, which aims to give 50% of all licenses to social equity applicants in the adult-use program, with priority given to those impacted by the war on drugs: low-income New Yorkers and those who have or whose relatives have a marijuana-based conviction. The state legislation also hopes to push for licenses to be issued to women and minority-owned businesses, “distressed farmers” or service disabled veterans.

Equity in licensing is something that Landon Dais, the CSO of Plant Inspired Future and a cannabis attorney at Forchelli Dergab Terrana LLP, has championed for a while. The former political director at MedMen and Marijuana Policy Project told the AmNews that the bill is just the beginning.

“It is exciting to see marijuana legalization on the horizon. Majority Leader People-Stokes and Sen. Kruger put forth an earnest effort to create a fair and equitable marijuana bill,” said Dais. “The bill is an attempt to give every day New Yorkers and communities  impacted by the failed war on drugs a chance at gaining marijuana licenses in New York..but there is a lot more to do.”

Dais noted to the AmNews that other states that have passed marijuana bills didn’t really address the financial blocks many Black and Brown people faced in acquiring the appropriate capital to set up a business. This brings the Cannabis Equity Coalition that wants the state to make sure those most impacted by the drug war have the proper access.

“It’s an expensive business to get into,” said Dais. “Maybe, on the low, $500,000 (to start).” Dais acknowledge that this figure doesn’t even consider the cultivating and selling of marijuana, which could cost millions of dollars.

But the bill does give villages, towns, suburbs and cities the right to not host dispensaries. Under a “local opt-out” policy, local governments could opt-out of hosting adult-use dispensaries and/or adult-use social consumption sites in their communities.

And there will still be penalties for possession. Starting as a violation for an unlawful sale of any weight of cannabis to a Class C felony of unlawful sale of over 100 pounds of flower or concentrated cannabis. The odor of cannabis can still be used as a reason to suspect that a driver’s intoxicated, but doesn’t allow authorities to use the odor as an excuse to search the vehicle for contraband.

Assembly Member Peoples-Stokes also said that the sale of marijuana wouldn’t begin until 18 months to two years after the bill’s passing.

“For decades, New York State’s racist war on marijuana ensnared thousands of our clients––nearly all of whom are from Black and Latinx communities––and other New Yorkers from communities of color across the state, resulting in needless incarceration and a host of other devastating consequences,” stated Anne Oredeko, supervising attorney of the Racial Justice Unit and Anthony Posada, supervising attorney of the Community Justice Unit at The Legal Aid Society.”

VOCAL-NY Director of Organizing Jawanza James Williams said that it was high time that legislation that responded to their lived experiences and would begin to offer some restitution to those most impacted by the bill.

“After a lifetime of violence through marijuana prohibition, causing the unjust caging of Black, Brown and poor communities and unmitigated collateral consequences, both structural and psychological, we are slated to finally begin to offer truth and restitution to those most impacted,” said Williams. “Our primarily Black and Brown membership across the state of New York  may finally see legislation that actually responds to their lived experiences by offering the dignity of recognition and pathways to economic elevation. We should expect nothing less.

“We call on the legislature to get this bill past the finish line with the robust racial, economic and de-carceral elements fully intact”