To dismantle white supremacy we must tax the rich 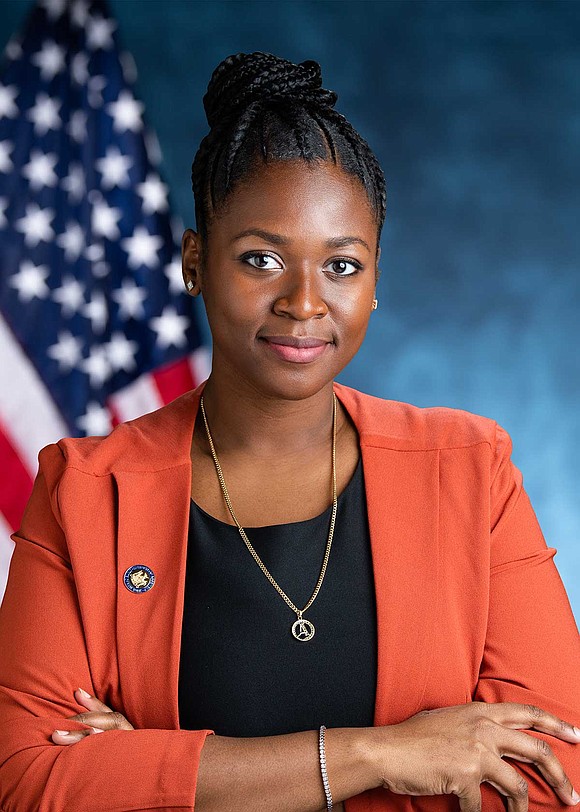 Since our nation’s founding, Black Americans have existed as second class economic citizens. Under the regime of chattel slavery, Black Americans were sold and bought as property but even their emancipation did not afford them equal economic rights. Decades of sharecropping gave way to the era of Jim Crow while Black Americans were continually subject to a system of economic apartheid. Black people were barred from certain educational institutions, various financial institutions and a number of employment opportunities which makes economic advancement nearly impossible. Today, the median wealth of white households sits at $180,000 while the median wealth of Black households in America is merely $23,000. This simple statistic is a chilling reminder of the enormous racial wealth gap in our country and how it is fundamental to the culture of white supremacy in our country.

While white hoods and burning crosses are no longer ubiquitous, the economic apartheid that exists in our country has wreaked havoc on communities. In the face of each economic downturn—and COVID-19 is no exception—Black Americans have faced the brunt of the trauma. During an economic downturn it is Black Americans who are more likely to lose their jobs and face food insecurity and the threat of eviction. Today’s brutal economic reality is a direct consequence of the attitudes of a ruling elite that has seen Black lives and Black labor as disposable, allowing wealth to accrue often to white families, but very rarely to Black ones. This is a historic injustice that can only be solved with radical action. If we are to end this system of economic apartheid and shrink the dangerous racial wealth gap we must tax the rich.

Today’s tax code is structurally designed to give wealthy households—made up of mainly white people—access to tax savings and reduction options. The wealthy have the luxury of accruing even more wealth from the appreciation of their financial assets, by avoiding taxes on large inheritances, and by paying a smaller share of their income in taxes as a result of these benefits. Given Black and Latinx families are consistently less likely to own homes, receive inheritances or to hold financial assets, this shows that these tax mechanisms clearly play a role in perpetuating the racial wealth gap.

These unjust tax laws are representative of the deliberate actions our federal and state governments have taken to maintain an economic caste system. They allow the wealth, therefore the power, of white Americans to grow year by year while Black and Brown Americans struggle each year to make ends meet. These tax cuts also come at the expense of public services which millions of Black and Brown Americans rely on. Simply put, our governments have created a system that allows the rich to grow richer while Black and Brown Americans suffer. We cannot defeat this system by attempting to climb an economic ladder designed to keep us at the bottom. We must instead advocate for radical change and we must start here in New York.

Early this year, a groundbreaking coalition of grassroots organizations and progressive legislators announced their support for the Invest In Our New York Act. This platform of six sweeping tax proposals would help New York undo the racist legacy deeply embedded in our state’s economy. The Heir’s Tax would tax large inheritances to end the accumulations of billions by some of New York’s richest white families. The Progressive Income Tax would create an income tax system that shifts the biggest burden from working-class Black and Brown people to richer white New Yorkers who can afford it. The Wall Street tax would repeal former President’s Trump corporate giveaway to mostly white New Yorkers. These proposals and more would raise $50 billion for our state to invest in the public services millions of Black and Brown New Yorkers rely on.

So much more is needed to undo the trauma of our nation’s racist past, but the Invest In Our New York Act can begin to help us right those wrongs here in our state. This legislative package is a $50 billion redistribution of wealth to help end the racial wealth gap and dismantle economic white supremacy. $50 billion a year is more than enough money to support the Black and Brown struggling during COVID-19 and fully fund public services such as the MTA and public education system which millions of Black New Yorkers depend on. But furthermore, $50 billion a year is a downpayment on transformative social programs such as the New York Health Act, a Green New Deal, as well as a program to build thousands of new units of social housing. While targeted relief or reparations is also needed, universal programs to transform our state from one that serves the few to one that works for the many is key to ending the economic apartheid in our state.

This year, my colleagues and I in Albany have a choice. We can continue to play politics as usual and uphold the racist economic system that has gone unchallenged and unchanged in this country for centuries, or we can turn the spirit of Black Lives Matter into an economic reality. This summer, millions, including myself, took to the streets to demand action in the face of racial inequality. Saying “Black Lives Matter” is about more than opposition to police violence, it is about recognizing that every Black life should have the ability to reach their full potential. That cannot happen in a system of economic apartheid and that cannot happen under our current tax system. If we are to begin to truly fight white supremacy here in New York, we must tax the rich.