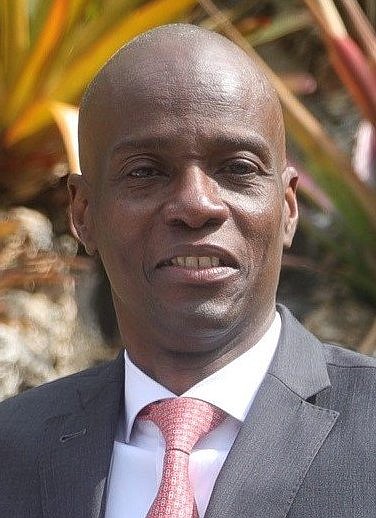 Early on July 7, unidentified gunmen stormed the private residence of Haitian President Jovenel Moïse, 53, killing him and injuring his wife, Martine Moïse, just hours after fellow Caribbean Community leaders had held a special session on escalating violence on the island but the chairman of the 15-nation regional bloc accused the late head of state of treating the region contemptuously. (As of press time, Martine Moïse’s condition remains unclear.)

Prime Minister Gaston Browne of Antigua told this publication that “not a single” official from Haiti had even bothered to attend and participate in the last two summits the bloc held this year as he said the region hopes the president’s death would not lead to the escalation of violence on the island and serve to postpone presidential elections.

“He treated Caricom with some amount of contempt. He was always making excuses why he could not attend a conference. We held a special caucus on the violence and general situation in Haiti after our summit ended Tuesday night. Recently we had even offered to send a good offices team to Haiti to mediate the situation but had not heard anything. This is a very sad situation that has badly shaken us up,” Browne said. The two-day main annual summit ended late Tuesday.

Moïse’s death has stung the region in the sense that assassinations of leaders and senior officials are highly uncommon in the bloc. None has occurred since a communist-leaning rebel faction of Grenada’s cabinet had shot and killed the charismatic Prime Minister Maurice Bishop in late 1983, providing an excuse for the Reagan administration in the U.S. to invade the island to allegedly restore order and to kill off the close links between the island and Cuba and other socialist nations.

And during an attempted coup by a Muslim faction in Trinidad in the summer of 1990, Prime Minister Ray Robinson was shot in the leg when the rebels had invaded parliament during a Friday sitting of the house. Robinson survived the leg wound and continued on as prime minister. These violent incidents against leaders are among the most serious on record.

Browne said the “violence in Haiti had destabilized the country and had made it literally ungovernable to all. Everyone was susceptible, even the disabled and now the president has paid the ultimate sacrifice with his own life. The situation there was of grave significance to us as a region and we hope all can be done to prepare for free and fair elections. This is an unfortunate situation.”

French and Creole-speaking Haiti is the 15th and last nation to join the largely English-speaking bloc of former British colonies back in 2002 but frequent bouts of political instability have worked against its full participation in the region.

Browne said Moïse had flunked participation in this week’s summit by saying that he was in the process of appointing a new prime minister. It is unclear whether his death would prevent the new number two from being sworn in.

The Miami Herald, meanwhile, reported that the gunmen had claimed to be DEA agents but officials said they were mercenaries. Acting Prime Minister Claude Joseph called the attack an “odious, inhuman and barbaric act. The security situation in the country is under the control of the national police and the Haitian Armed Forces,” he said as he appealed for calm.