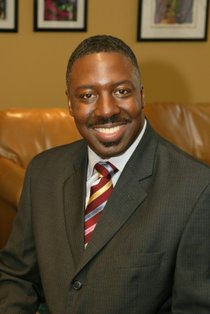 Some have said that the tragic murder of George Floyd, a Black man, by a white police officer in Minneapolis, and the ensuing protests, represent an awakening in America.

Your vote…voices of wisdom British Prime Minister Winston Churchill once declared, “It has been said that democracy is the worst form of government, except for all those other forms.” Our democracy can be and has been disappointing to some, but it can’t be denied that a democracy’s ability to reach its full potential and wide array of ideals rests on the foundation of citizen involvement—voting.

New York is the most unionized state in the nation with nearly 2 million union workers. Although private sector unions make up the largest number of those workers—17 percent compared with 6 percent nationwide—the real power of New York’s organized labor comes from the public sector, where nearly 70 percent are union members.

The power of hope

I recently attended a Teamsters conference. It was billed as “A Weekend With the Teamsters,” focused on education and reflection. It was held in Milwaukee, Wis.

Workers’ rights and civil rights are one. Dr. Martin Luther King Jr. knew that and ultimately died in the fight for equality and dignity in the workplace.

Wrong road to a cure

Last year, when Mayor de Blasio issued his proposal for the city’s budget, he expressed concern about a growing deficit that would adversely affect millions of New Yorkers and the city’s ability to provide essential services.

The idea of getting coal for Christmas has come to symbolize a bad joke about not really receiving anything. Yet for NYCHA residents, the inability to receive basic heat is no joke.

Why take risks with the safety of our school children?

In 1992, two teenagers were shot to death in the hallway of a Brooklyn high school a little over an hour before Mayor David N. Dinkins was to visit the school to give an inspirational speech.

May 19, Mayor Bill de Blasio announced his 10-year plan to eliminate NYCHA’s operating deficit to prevent the downfall of a program that houses over 600,000 and employs over 11,000 New Yorkers.

As the thermometer climbs this month, New Yorkers can expect a familiar and unwelcome odor: garbage.