More than $5 Million Allocated to Improve City Parks in Brooklyn 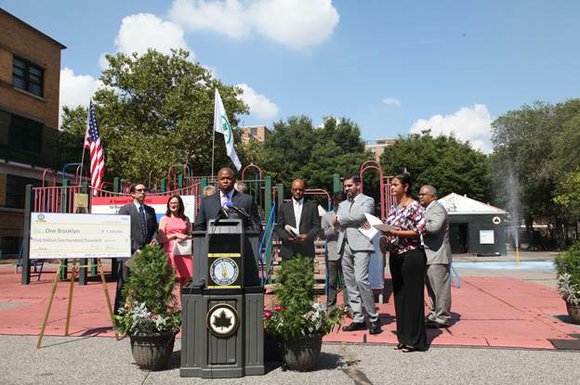 Brooklyn Borough President Eric L. Adams unveiled the parks funding component of his capital budget plan during a press conference at the Hecksher Playground in Bushwick.

Standing with the leadership of the Department of Parks and Recreation, elected officials, park advocates and community leaders from across the borough, he outlined the details of his $5.2 million in allocations during fiscal year 2015, which represents a nearly 10 percent proportional increase to parks funding from Brooklyn Borough Hall in comparison to fiscal year 2014.

Adams said public parks bring together Brooklynites of every age, race and income level. He vowed to continue to use his capital budget to ensure that improvements to parks and open spaces are made across the borough in an “equitable fashion.”