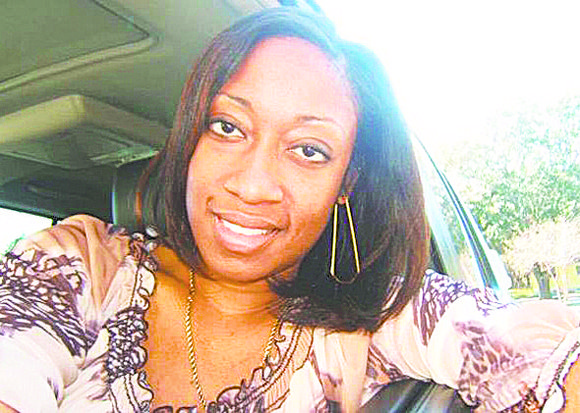 Black residents in Florida are pushing for a dismissal of the case against Marissa Alexander and the exit of Florida State Attorney Angela Corey. Reports indicate that Alexander, who is charged with three counts of aggravated assault with a deadly weapon for firing a warning shot, remains under house arrest as she awaits a retrial of her case.

In 2010, Alexander, of Jacksonville, Fla., fired a warning shot to defend her life during an attack from her abusive estranged husband, causing no injuries. Alexander was found guilty and sentenced to a mandatory minimum of 20 years. That verdict has since been overturned. The court says Alexander shot at two children along with her ex-husband, leading to the three charges of aggravated assault. Her claim of “Stand Your Ground” did not apply in the case.

Critics of the case say compare the situation with that of the Trayvon Martin case, in which the unarmed Black teen was fatally shot by white Hispanic George Zimmerman. In that case, Zimmerman was found not guilty of murder.

Protesters this week led a reportedly peaceful demonstration in Jacksonville that ended up on the front lawn of the Duval County Courthouse. Participants were from various civil rights and community groups from around the nation. The group held signs that read: “Angela Corey must go!”

“We’re all here from organizations from all across the country as mothers, daughters, as children as youth, as all of us today to bring justice for Marissa Alexander,” said Ruth Jeanoel of the Empower Youth Center for Social Change in Miami.

In a statement, Corey’s director of communications said the state attorney’s goal is to look out for everyone’s safety. “State Attorney Angela Corey has a duty to protect this community from those who commit violent acts against others. She also has a responsibility to seek justice for all victims in the Fourth Judicial Circuit, and she will continue to do so.”

The demonstration is part of “Stand Your Ground Week,” taking place in Florida. Hundreds of regional and national activists are coming together to support Alexander, build awareness about domestic violence and reproductive justice and strengthen opposition to mandatory minimum sentencing.

The week marks the one-year anniversary of the verdict exonerating Zimmerman for the murder of Martin and connects to the Aug. 1 hearing where Alexander will argue for “Stand Your Ground” law protection. Participants are linking the call to free Alexander with Florida-based movements for justice for Martin, Jordan Davis and others.