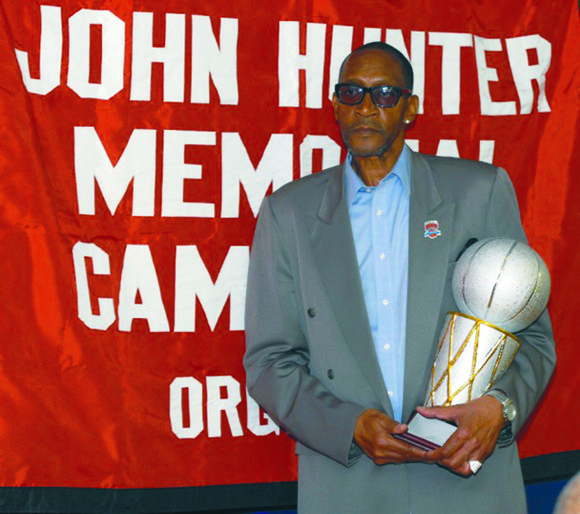 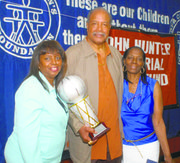 Tom Hoover was presented for Hall of Fame induction by Gwen Connors and Ora Garrett Threat. 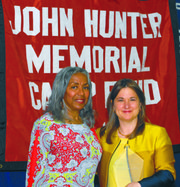 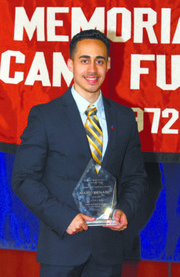 The annual John Hunter Memorial Camp Fund Committee welcomed their 42nd class of community achievers and Hall of Famers, as well as their Lifetime Achievement honorees, at the beautiful Our Children’s Foundation, the educational, community-based program that sits proudly under the leadership of Sam Brown, the former collegiate and Rucker Pros hoops star.

In addition, the committee also honored their selected class of community achievers and Appreciation Award recipients, as well as the Native New Yorker honoree. Former Harlem Globetrotter Bobby Hunter was the master of ceremonies.

The Bob Douglas Hall of Fame, founded in Harlem by Eddie Younger and his sister Lorraine Younger, along with Benny Garrett, the former New York Renaissance hoops star, is without question the most renowned African-American sports hall of fame in the United States.

African-American male and female athletes, for the most part, went without recognition for their accomplishments in this city, the nation and the world. That was until Eddie Younger, Lorraine Younger and Garrett founded the John Hunter Memorial Camp Fund to honor and recognize these legendary men and women.

Countless men and women went without recognition until the founding of the John Hunter Memorial Camp Fund, which has since sent hundreds of young children to summer camps.