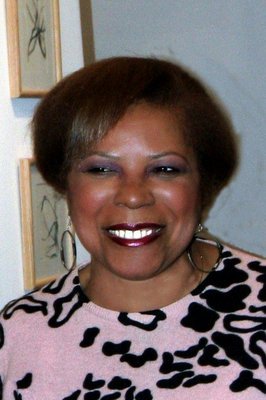 Brown just returned from a 10-day historic celebration of Cuban art and culture. The major highlight of the invitation, she said, was the unprecedented art opening of works by nine African-American contemporary artists at Museo de Arte Universal.

“It wouldn’t do the Cubans any service if I kept the trip to myself,” said Brown, full of enthusiasm after her visit. “I felt that I had to share it with everyone.”

Brown told the AmNews that she was extremely honored to be among a very few from the metropolitan area and the only one from Brooklyn to be among the invited African-American art professionals and art innovators to meet with their Cuban counterparts as a part of this historic cultural exchange.

Along with other African-American art professionals traveling from around the nation, Brown witnessed the inauguration of the art show by the nine African Americans, entitled “African American Artists and Abstraction,” opening at the Museo de Arte Universal.

Brown said that during her trip, she was often asked by young Cubans attempting to speak English, “Where from in USA?” In response, she would say, “New York, Brooklyn.” She added, “I was amazed at the countless lightbulb-type smiles as they would chime ‘BROOKLYN! JAY ZEE! BROOKLYN!’” Thus, earning her instant celebrity status among the group. She continued, “I’m still not sure if it was the Jay Z part or Brooklyn part that excited them.”

Speaking with the AmNews this week, though, Brown said she is still trying to digest all that she enjoyed during her recent trip to Cuba. “We were invited to travel to Cuba to attend meetings enriched in Cuban art and culture,” Brown recalled. “The Cubans said that people here need to know that they see themselves as our African brothers and sisters. They know that their culture is rooted in Africa. They are passionate about that. We could not talk politics at all or, they said, they would be censored, so we respected that and we didn’t.”

She noted, though, that her talking with the youth told her, “The young people there aren’t focused on coming to America. They just want to learn, get involved in tourism there and have the opportunity to work there.”

Brown learned through the informed and intellectual auspices of influential businessmen and entrepreneurs, including John H. Johnson. Brown appreciates Johnson as an astute businessman, who was purposefully helpful to Black media. She worked as an associate ad manager in the Eastern Division for Johnson’s Ebony magazine. She speaks of learning around the strong spirit of Johnson, whom she saw “almost as a godfather.”

The native New Yorker she said she bought her first original piece of Black art in 1970. She recalls that at the time, in the Clinton Hill, Fort Greene, area, along with a burgeoning African-American and Caribbean-American middle class, an upscale group in search of works by Black artists, there was a “cluster of African-American and Caribbean-American artists who were working and producing, but unable to exhibit their work” outside of the community. At the same time, there was an explosion of Black consciousness that extended to people wanting to buy and invest in Black art.

Brown decided to create her Clinton Hill framing space and became a noted “hub in a business structured building,” as opposed to a street fair or vendor setting. During the 1990s, Brown promoted and exhibited Brooklyn’s emerging African-American and Caribbean-American artists. Over the years, she has been an inspiration for many Blacks pursuing careers and ownership in the Black art field.

Today, she consults, designs and gives consumer talks and demonstrations on buying picture framing services. Her focus is primarily on environmental pollutants that have a negative impact on art and various art forms.

Art is in her veins. “When you love what you do, it’s never work,” said Brown, surrounded by the art that inspires her.