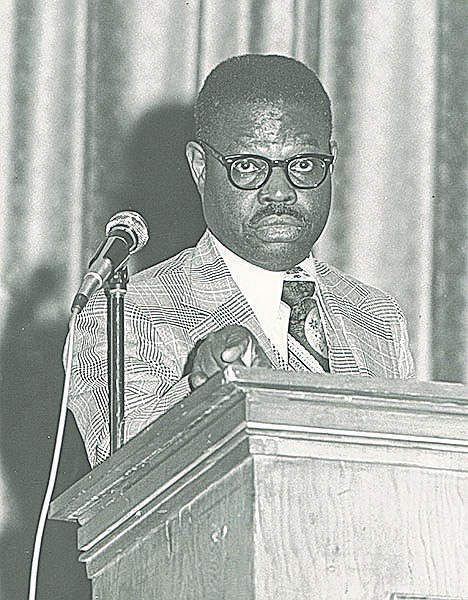 “When an old person dies, a library burns” … so goes the African proverb. March 19, Harlem’s wa’ret was incinerated. As the disheartening news spread that legendary African historian Dr. Yosef A.A. ben-Jochannan, aka Dr. Ben, had joined the ancestors early that Thursday morning, a few comrades reminisced on his glorious life and immeasurable influences.

At his father’s urging, he began studying Kemet’s (Egypt’s) past as a young man, and after many years of tenacious research, he uncovered artifacts and manuscripts revealing that Black people established Kemet thousands of years before the creation of Judaism.

“Dr. Ben’s major contribution was to take Kemet/Egypt away from the [Caucasian] intellectuals and handing it back to the Black world … backing it up with 44 books to prove what he meant,” confided colleague, professor James Small, who has worked alongside Jochannan since 1967. “He did that pretty much single-handedly. [Europeans] had completely whitewashed Black people out of the Egyptian/Kemetic civilization.”

Dr. Yosef Ben Jochannan - The Black Man Must Wake Up

Aleim Supreme Allah was Jochannan’s student at Harlem Preparatory Academy in 1968 through 1969, and along with Dumar and Umallah, was one of the several Five Percenters who attended his classes. “I took what I learned from him, even to UMass, and was able to speak and teach [it to others] while at our school,” he reflected. “Some young brothers became Black history professors with jewels we had gotten from Doc.”

Abiodun Oyewole, founding member of the legendary Last Poets, recalled meeting the African scholar warrior in 1969, also at Harlem Prep, during his once-a-week workshops when Oyewole was a teenaged creative writing instructor: “His voice was big and he had some information about some stuff many of us just had no idea about. I had never heard anybody speak so strongly and clearly about how great African people were and how much we contributed to the world.”

Oyewole added, “The information was like a big 1,000-watt lightbulb that illuminated your mind. He helped set the record straight about who we really were. He knew the gifts that we brought to the world. He was more interested in bringing back the regalness, royalness, grandeurs of us.”

Much mention was also made of Jochannan’s annual fact-finding tours to Kemet, which he conducted for decades, and many have said altered their lives forever.

“Dr. Ben has been going steady to Egypt … Tamary, or Tawi … and taking people there, giving them the truth about it being an African country and the people there are Africans, too,” noted street scholar Brother Sekou. “He took a bunch of people, who did not know anything about themselves, on that great and mighty walk to get the understanding of who they are and what they did, so that they can feel good [about themselves].”

He added,“Just about every [tour to Kemet] is by someone he taught. They came behind him. He’s the one who put Egypt back in Africa, in our time. He made it easy for people to say, ‘Yes, they are African!’ He’s lived a full life teaching us to know ourselves, our culture and what made us great once before, so we can become great once again.”