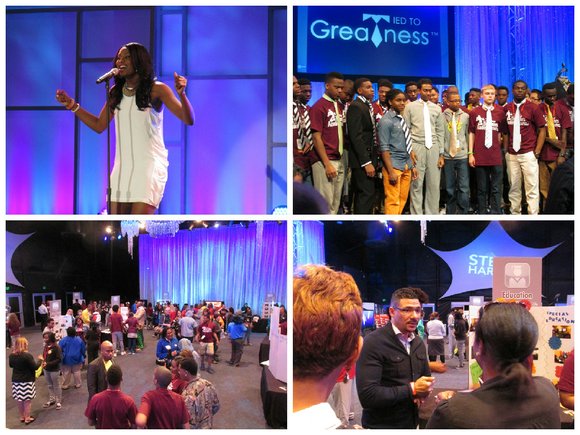 CoCo Jones and Dr. Steve Perry were among those at the Disney Dreamers Academy on Satruday. Cyril Josh Barker

ORLANDO, Fla. - Teens learn about the value of self-image along with showcasing what they’ve learned on the third day of the Disney Dreamers Academy with Steve Harvey and Essence magazine at Walt Disney World on Saturday.

“A Whole New World” was the theme for Saturday and Dreamers learned about how to present themselves and making a good impression. They also got a chance to hear more inspiring words from those who have been there before them. 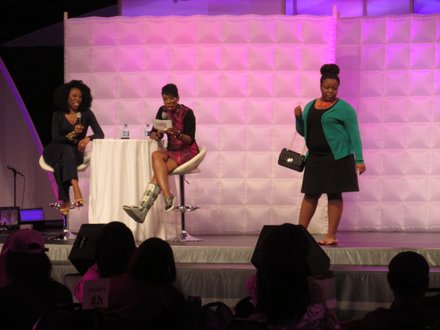 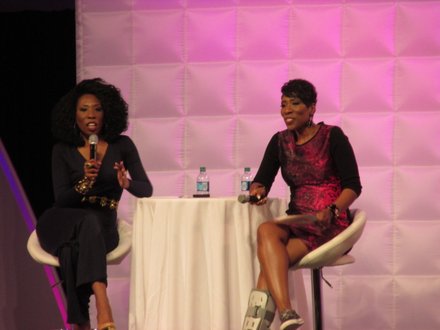 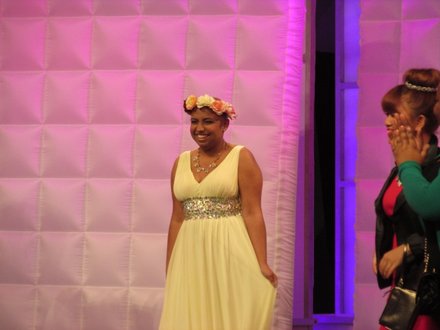 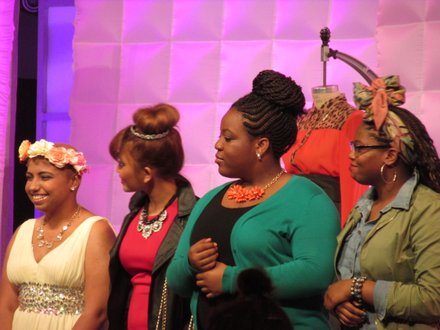 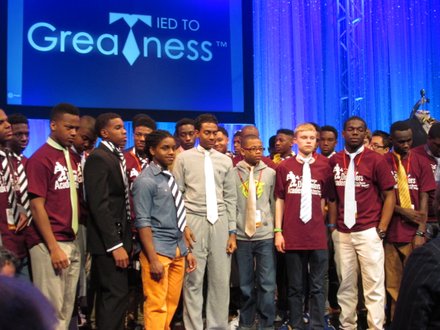 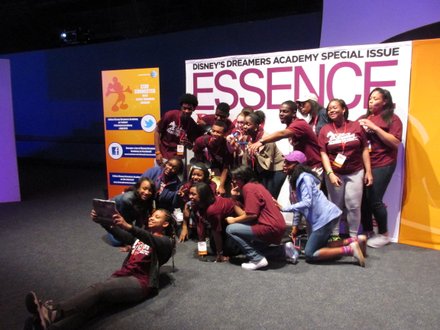 Disney Dreamers pose for a selfie 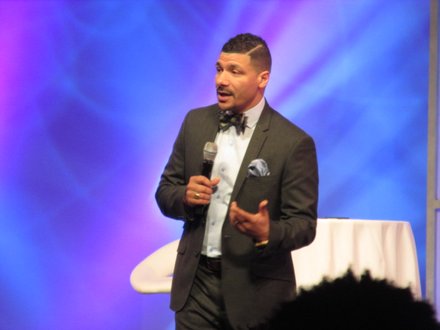 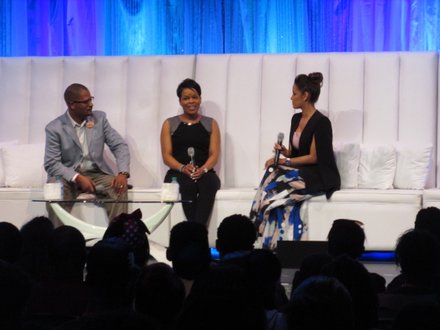 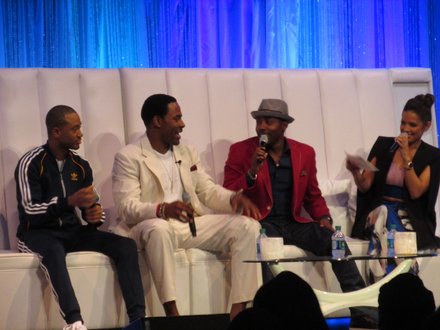 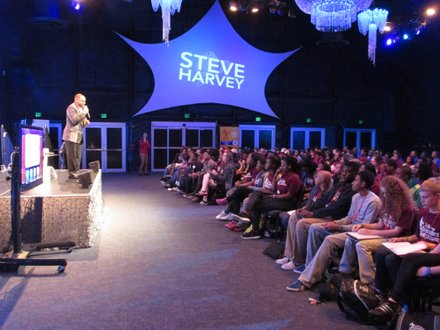 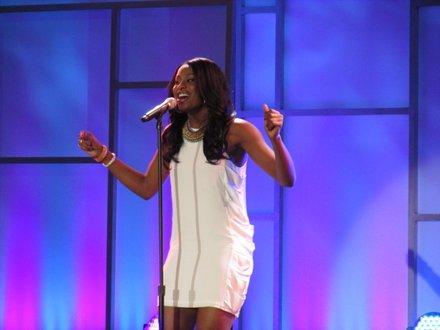 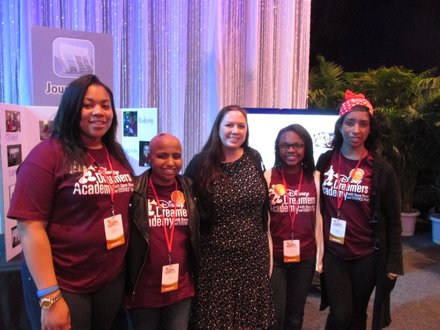 Disney Dreamers from the journalism program 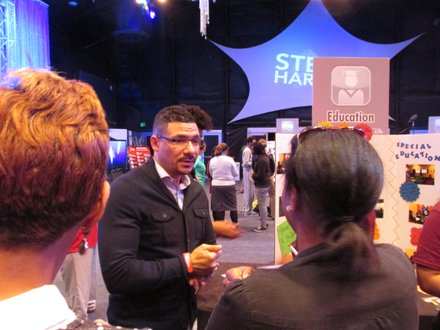 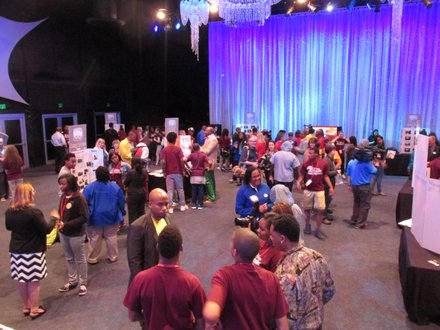 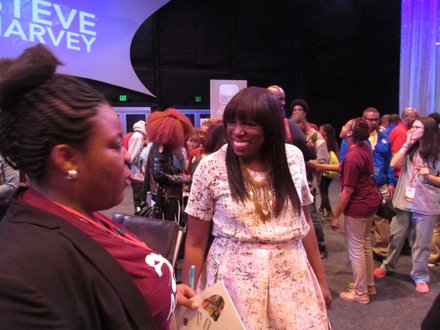 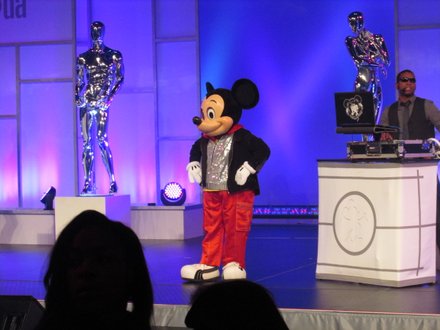 During the morning session, teens were split up into male and female groups where they learned about image awareness. Harvey’s twin daughters, Karli and Brandi, talked with the girls about appropriate dressing while motivational speaker Dr. Alex Ellis conducted a session with the boys which included a lesson on how to tie a tie.

Later on Dreamers heard a rousing speech by renowned educator Dr. Steve Perry, founder and principal of Capital Preparatory Magnet School in Hartford, Conn. Perry touched on the fact that while the teens might have made it to the Dreamers Academy, there is still work to be done to reach their goals.

“There is nothing wrong with our children, they are just kids,” he said. “When we give them the opportunity to be successful they will be successful but we need to be honest with them. We need them to work towards amazing. They have to be hungry in order to be successful.”

Perry is in the process of opening a school in Harlem in 2016. He is currently looking for a location for the school.

During the day Dreamers also heard from Essence Communication, Inc. President Michelle Ebanks and Sonia Jackson Myles, founder and author of The Sister Accord.

Barnes explained how in 2007 Harvey partnered with Disney to create the Dreamers Academy. She said the mission was to help teens realize their gifts and potential.

“You never shoot a child down because you never know their potential,” Barnes said. “If your child doesn’t have the chance to get this experience at the Dreamers Academy, pair them with a good mentor. If you are a single mom get them a male mentor in their community that can teach them some manhood principles. Always be on the lookout for opportunities for your child.”

In the evening the teens showcased what they learned during their Firday “Deep Dive” sessions at the “Dreamer Career Open Mouse” exhibit. Setup similar to a job or science fair, Dreamers gathered at various stations to explain their career paths and how they plan to make their dreams reality.

“I’m here at the Dreamers Academy to fulfill my goal of being a medical surgeon in the ER,” said 14-year-old Dreamer Terrell Johnson of the Bronx. “It’s been great. I’ve had a lot of mentors and advice from celebrities who are helping me reach my goal.”

Sixteen-year-old Dreamer Bianca Bennett, also from the Bronx, wants to be a business women and create community centers for urban youth. She said she hopes to network and get the tools to get started.

“I learned about what I can do now and be the best I can be,” she said. “I applied to the Dreamers Academy for three years and I honestly thought I wasn’t going to get picked. When I got the package and found out I got in I was so excited.”

Later at night the Dreamers were treated to a dance party and private concert with Disney Channel actress and singer CoCo Jones.

On Sunday the Dreamers Academy came to a close with a commencement ceremony.