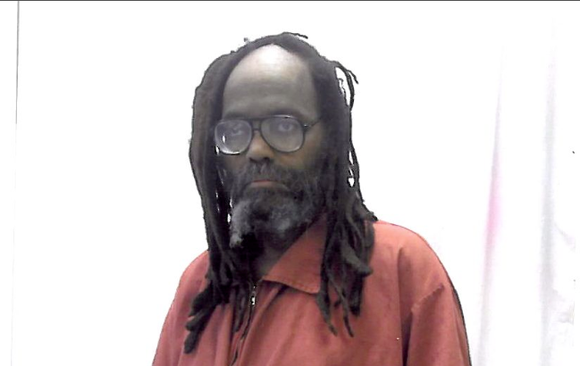 Reports released the morning of May 13—coincidently, the 30th anniversary of the horrific MOVE bombing in Philadelphia—revealed that political prisoner of war, Mumia Abu-Jamal had been re-admitted the previous day to the infirmary at SCI Mahoney in Pennsylvania.

Abu-Jamal’s wife, Wadiya, had been notified of the transfer Tuesday night, and the breaking news has caused grave concern among his supporters.

Although he has yet to be formerly diagnosed, reports indicate that he was being bothered by the open sores on the lower half of his body and a high fever, ailments his family say have not been treated.

His placement in the infirmary, where no phones are available, has raised concern that his family and attorneys may not have ready access to him, as they previously had.

Medical supervisors have been keeping watch over Abu-Jamal, advising him about crucial tests results and prescriptions.

Supporters contend that the prison is preventing Abu-Jamal and his doctor from adequate input. Abu-Jamal’s communication is being limited by prison officials, causing him not to have ready access to necessary information so he can be better treated.

“We are clear that inadequate testing, delays and any deviation from the medically necessary course of treatment will be challenged,” stated Noelle Hanrahan, P.I. director, Prison Radio. “Obtaining a diagnosis is of paramount importance at this moment.”

Abu-Jamal’s attorney, Bret Grote, who visited him Friday, said, “He was engaged, alert, yet he was in pain in his knees and leg.”

Monday, Abu-Jamal was placed in the infirmary, where doctors communicated directly with him after he had a skin biopsy earlier that day.

“Mumia remains seriously ill,” Hanrahan said. “Public pressure has been key every step of the way, and remains extremely important. Please keep up the calls, emails and faxes. Demand that (1) adequate diagnostic testing be done, (2) that Mumia’s doctor is able to communicate freely and regularly with the prison infirmary physicians who are delivering Mumia’s medical care, (3) his doctor has meaningful and regular phone access with Mumia, (4) and allow Mumia’s chosen doctor to conduct an onsite medical examination. And as many have said, it is past time for Mumia to be released from prison.”