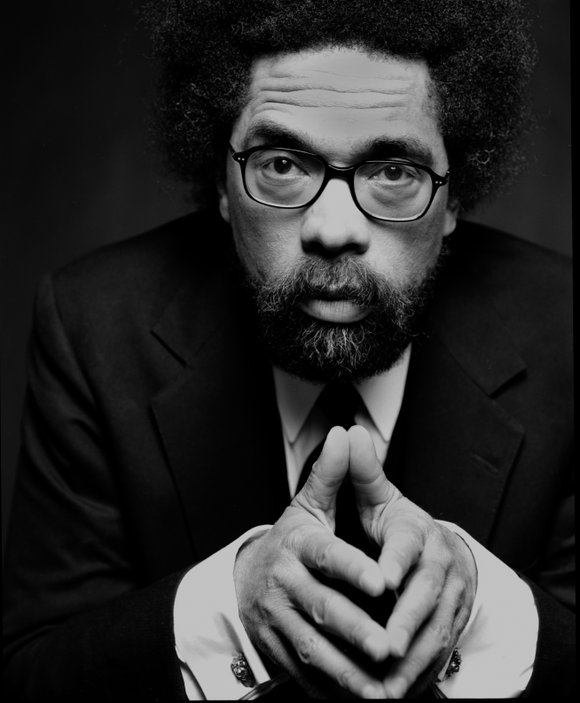 Pam Africa, the noted activist and fervent advocate for the freedom of the ailing political prisoner Mumia Abu-Jamal, handed copies of last year’s annual report from Prison Radio before settling among a cadre of speakers at a press conference on the condition of Abu-Jamal last week at the Madiba Restaurant in Harlem.

“Will we ever listen to, and learn from, our bloodstained prophets? Mumia Abu-Jamal speaks to us of the institutional injustice and spiritual impoverishment of our culture,” were the first words leaping from the page of the report, read by Dr. Cornel West.

Not a few moments after seeing these words, West was beckoned to the microphone by the tireless coordination of the event, Suzanne Ross of the International Concerned Family and Friends of Mumia Abu-Jamal, and while it’s always a pleasure to read West, to hear him is an aural treat.

“We are here because we have a deep love for our dear brother, Mumia,” West said, his voice packed with a passionate urgency. “And we love the people who he loves; and we love the tradition of struggle which he is part of.” West cited a litany of “towering historical figures,” freedom fighters from Harriet Tubman to Malcolm X, which Abu-Jamal now embodies.

West said of Abu-Jamal, who turned 60 last month, though physically weakened by neglect of proper medical treatment, misdiagnosis of his diabetes and given the wrong medication, “his spirit is unconquerable … his witness is unconquerable, and his love is unstoppable.”

And the love for Abu-Jamal, a former Black Panther and a celebrated journalist, has taken on a global dimension since his incarceration in 1982, when he was convicted of killing Daniel Faulkner, a Philadelphia policeman. So much so that in 2006, a street in the Parisian suburb of Saint-Denis was named “Rue Mumia Abu-Jamal” in his honor.

Juliette Seydi, a resident of Saint-Denis and assistant to Mayor Didier Paiillard, who authorized the street naming, participated in the conference. She said that people in France were shocked to learn of Abu-Jamal’s current condition.

“Mumia’s struggle is our struggle,” she said through Ross’ translation. “The struggle against racism is an ongoing struggle.”

Abu-Jamal’s imprisonment and current sickness are gradually seeping into the corporate corridors, and a good instance of this occurred two weeks ago when a half-page ad about his condition and the demand for medical assistance appeared in The New York Times. This is but one element of the movement that has been gathering for more than a generation now, something that former Black Panther Jamal Joseph has witnessed intimately and addressed during the press conference.

Abu-Jamal, through various forms of communication, via radio, the Internet and his writings, “let us know that he is part of our living history,” Joseph added.