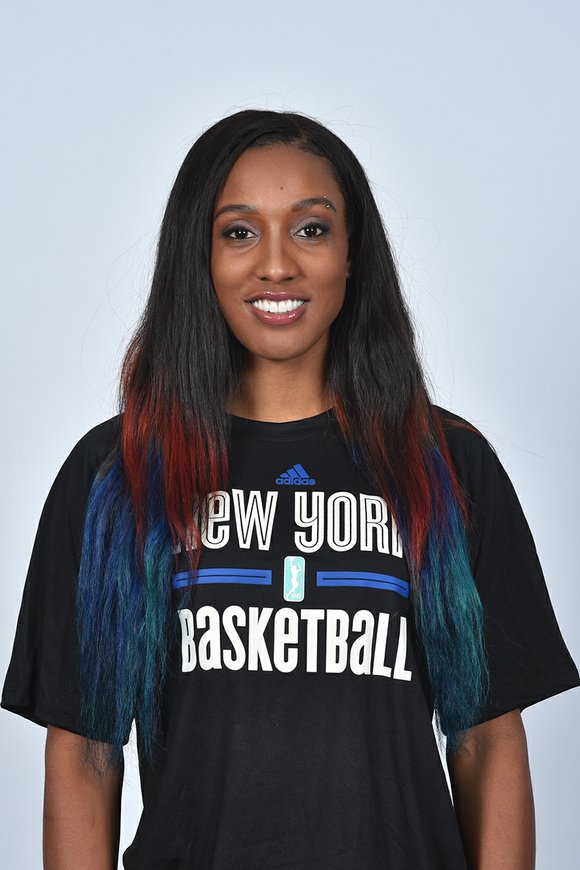 Having spent most of her life on the West Coast and all of her WNBA career playing in the Western Conference, veteran guard Candice Wiggins is excited to be playing with the New York Liberty in 2015. It not only provides a fresh athletic challenge but also allows her to bring her voice to HIV/AIDS causes in the New York area.

“I’m so excited to play for the fans in New York,” said Wiggins, 2008’s WNBA Sixth Woman of the Year. Two of her Stanford Cardinal teammates came from New York. One of them, Melanie Murphy, who is from Brooklyn, would tell Wiggins she needed to play for the Liberty and embrace the passion of the fans.

“That’s the best thing about being able to play in the Garden now as the home team is to be able to represent all the things that make New York special,” said Wiggins.

There is also a deeply personal aspect. Wiggins lost her father, former Major League Baseball player Alan Wiggins, to AIDS when she was 4. Using her WNBA fame as a platform, she has been a vocal advocate, working with organizations such as Until There’s a Cure.

“Last season, I played for the Los Angeles Sparks, and I got a chance to really connect with Magic Johnson [now one of the Sparks’ owners],” said Wiggins, whose mother put her in basketball after Johnson went public with his HIV status. “The Magic Johnson Foundation was able to lead me to Iris House [in East Harlem].”

Twenty-four years after her father’s death, Wiggins said she is coming to understand what her legacy is. She’s excited to be in a position where she can raise awareness and make an impact.

Wiggins is also abundantly aware that there are expectations on the court. The Liberty haven’t been to the playoffs in several years, and as one of the new players on the team with a WNBA championship, she understands the heat is on.

“In the WNBA, culture is everything,” said Wiggins, who is excited to play with Tina Charles, Epiphanny Prince and Tanisha Wright. “Having been with several teams, I can sense the culture here is very good. It’s a winning, disciplined spirit. That’s the foundation of any successful season.”