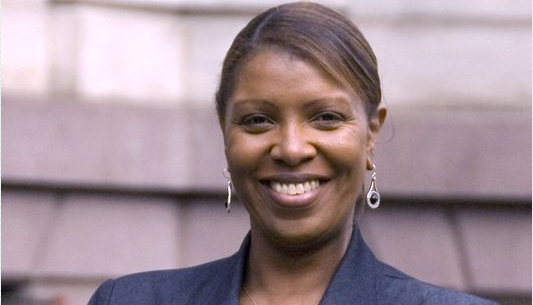 “Education is a great equalizer!” exclaimed Public Advocate Letitia James, and to prove that education is still the most potent antidote for poverty, she mingled with the crowd of high school students from Bedford-Stuyvesant and beyond, at the Concord Baptist Church Saturday and participated in their second annual College and Trade School Fair.

This much-needed event was sponsored by the Sisterhood Ministry of Concord, a group of educators and other professionals who are on a mission to help eradicate the inadequate education plague that is ravaging communities of African ancestry. The youths, many with transcripts in hand, were offered scholarships or acceptance on the spot to some of the most prestigious institutions of higher learning. Representatives from more than 35 institutions were in attendance, eagerly sharing admission information and advice.

Wanda Mealy, president of the Sisterhood, said, “The Ministry has dedicated itself to advocating for young people. We decided on the College and Trade Fair because many young people don’t know how to get into college or even ask the correct questions.”

Such was the case of Nigel Jean-Lubin, a graduate of Massanutten Military Academy, who is eager to further his education but was never advised as to what steps he should take to do so. The fair was a life-changing experience for him.

The Rev. Samuel Phillips III, pastor for congressional care at the Concord Baptist Church of Christ, where the Rev. Dr. Gary V. Simpson is the senior pastor, thought the fair was “a wonderful idea, especially the inclusion of trade schools, because everyone is not going to college but all need to find something to do that will translate into a self-supporting career.”

A report by the College Board, the nonprofit behind the SAT, pointed out that as the price for post-secondary education continues to rise, we need new innovative thinking around federal, state and institutional aid that will allow all students and families to feel confident that they will be able to pay for college. During the recession, college costs, student borrowing and student loan default rates showed a sharp increase. Tuition and fees at public four-year colleges are 40 percent higher than a decade ago. Two-year college cost is 29 percent higher, and private four-year colleges had a 26 percent cost increase.

Karriem Dean, a Fisk University alumnus and vice chair for national recruitment, said, “It cost $32,000 per year to attend Frisk, but we are ready to offer $13,000 scholarships on the spot and even up to $20,000 with mentors for an average B student.” Seventeen-year-old Lamar McIntyre, a quiet, mannerly student at Brooklyn Academy High School, came with his mother and infant sibling. McIntyre has an interest in radiology and electrical engineering. He has passed all of his Regents classes and is eager to go to college or find a job at which he can volunteer or work part time to advance his dream. Community icon Mary Jamison-Head was so inspired by the youth’s academic strength and modesty that she decided to become one of his mentors.

Zebadiah Isaac, an 18-year-old high school graduate, walked away bursting with joy. He had chosen a trade school, the Refrigeration Institute, which has been in business for 21 years. Isaac has chosen to walk in his father’s footsteps and work in building maintenance. Frank Talty, president of the Refrigeration Institute, said that his trade school “offers a program where students learn at an accelerated rate and in 11 months can become a New York City refrigerator system operating technician.” Isaac found his niche!

Youths in attendance came from every borough and beyond. Chantel Johnson brought a group from Calvary Baptist Church in Queens, and Dwaine Newell from Greenwich, Conn., came because of the “number of historical Black colleges which had representatives at the fair.” CUNY Black Male Initiative representative Jermaine Wright said, “The plight of Black males is crucial. We are over represented in the criminal system and underrepresented in the educational system.” The impressive turnout at Concord’s College and Trade School Fair is evidence that a paradigm shift is on the horizon.