‘Until 20’ will wrestle your consciousness into action 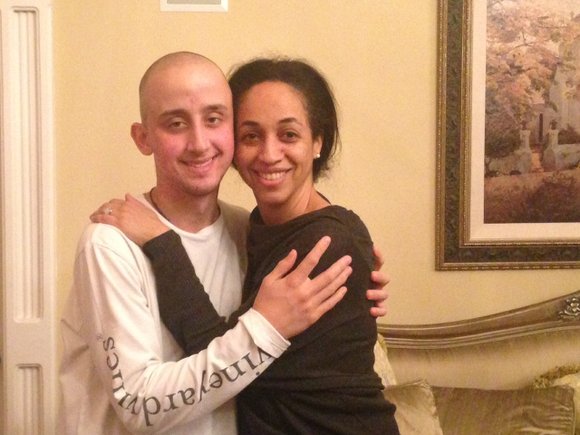 What were you doing in the years and moments leading up to turning 20? It’s a question that you will ask yourself constantly as you watch “Until 20,” an award-winning documentary about the extraordinary life of James Ragan, a young man diagnosed with cancer, who wanted to just make it to 20 and be of service to as many people as he could.

It was clear from the opening scene that Ragan was filled with life and surrounded by love. The start of the film showed Ragan swimming in a clear blue body of water with Polaroids of pleasant memories floating past him. He looks weightless and free.

At some point in his life he had come to terms with the realization that the chances of him surviving this particularly aggressive and rare form of cancer, sarcoma, was very low. Sarcoma attacks the connective tissue of the body.

We’ve learned that cancer does not discriminate. It is an equal opportunity offender that reaches across race, gender, age and socioeconomic barriers. During one of those unbiased moments Ragan, a Texas teenager, and Geraldine Moriba, a five-time Emmy award-winning journalist and documentary filmmaker from Harlem, met.

Moriba’s cancer, which is also under the sarcoma category, was in remission. At the same time that Ragan’s doctors were still trying to find the right combination of treatments to combat his cancer, Moriba was routinely going to Houston for checkups to make sure that tumors were not returning. The first conversations about the idea of “Until 20” began from a place of familiarity.

“James was really on a mission to have the biggest impact he could around childhood cancer and recognized that the more people he reached, the more influence he could have,” said Moriba.

He had the perspective, perhaps forced by his illness, of someone who was much older. While you watch his story unfold, you will ask yourself this question: How does a young man with only moments to live carry the weight of grief and sadness of his family and friends, but still remains almost at peace and focused on the bigger goal of spreading awareness? Again, what were you doing at 20?

Well before cameras began rolling, Ragan was using his voice to help improve the lives of other pediatric cancer patients. At age 13, he was diagnosed with osteosarcoma in his right leg. After having his leg amputated and learning how to use a prosthetic, the worst fear of anyone given the hope that they have fought this disease was realized: Ragan’s cancer came back. This time it had spread to his lungs.

By his 14th birthday, he and his family had started a foundation, Triumph Over Kid Cancer, to help raise funds for pediatric cancer research. It also helped patients who could not afford the expensive, potentially life-saving treatments and hospital stays, which cost estimated $10,000 per month.

Many scenes in the film will make you cry, but not all tears will be sad. Some moments will make you cry with gratitude that there was a person in this world who was so selfless during a time when many of us would have allowed self-pity and anger to consume us.

The cameras followed Ragan to multiple doctor visits. During one visit, he was faced with two possible routes that he could take to treat the growing tumors around his lungs. He could leave them and be faced with a just few months to live, or live a bit longer by undergoing another round of chemo, which comes with very debilitating side effects. Ragan really wanted to forgo the chemo, because if he were going to die, he wanted to die with those remaining months filled with as much joy and quality as possible.

After the cameras and the doctors exited the room, Ragan and his family discussed which approach would be best. We could hear his mother weeping and saying that she knew that he was ready to die, but she was just not ready to let him go. And in that moment, you begin to imagine how excruciating it must be to have all of your optimism and false sense of security—from the years Ragan’s body had scraped by—deflated. In the end, he chose to give chemo another shot.

While you watch this film, you won’t be ready to let Ragan go either. He’s touched so many lives. Imagine what he can do past 20. He’s just met a wonderful girl. Imagine if they fall in love.

For many families, especially for those of color, learning how to let go is a sad reality. According to studies, one in four children dianosed with cancer does not survive. That statistic is higher within the Black and Latino communities, because of late diagnosis and the access to health insurance is disproportionately low.

But for those who go into remission, there is survivor’s guilt. A young girl who met Ragan while they were both undergoing treatment had survived. In the film she asks the question, “Why me?” How come her cancer responded positively to treatment but Ragan’s didn’t? Just as cancer is blind at picking its victims, it is blind at picking its survivors.

As Moriba interviewed and filmed Ragan, she also had survivor’s guilt. Here she was in remission from the same rare and aggressive form of cancer, filming a kid who was not going to have the same outcome. They were treated by some of the same doctors, in the same center, with some of the same therapies, but for one of them, it was just not working.

Because sarcoma is so rare, research on therapies gets little funding. As one nurse in the film explained, doctors are still using drugs from the 1960s, because new developments had stalled.

Moriba explained that it all came down to profit. It takes millions of dollars to develop a new drug, and for pharmaceutical companies to make a profit there has to be enough patients taking that drug to make money. The rare cancers, such as sarcoma, have so few victims that there are not enough people to take the drugs, so it’s not cost-effective for companies to develop them.

America’s flawed health care system is an underlying message of the film.

“There has only been three new drugs in three decades [for pediatric cancer], and two of those drugs were drugs developed for leukemia for adults that just happen to help kids,” said Moriba. “They weren’t even drugs that were created with kids in mind.”

Ragan had exercised all the possible treatment options available. By this point, he had been through chemotherapy, surgeries, radiation and FDA and experimental drug trials. Filming someone who is terminally ill takes a bit of planning. Everyone working on the film was worried that Ragan’s tumors were going to affect his speech or hinder his ability to do interviews.

“Our strategy was to hope for the best, but work as though every shoot would be the last shoot,” said Moriba.

Shooting began in March 2013 and Ragan passed away in February 2014. Most of the interviews done with those close to Ragan were done after his death.

Funding for the film also had to be timely. Moriba and her co-producer, Jamila Paksima, took the Kickstarter route to raise money. It was a success mainly because they lined up pledges before they opened up their campaign. When the day came, all those who pledged could sign in and donate. All the precautions that Moriba and Paksima took have resulted in the telling of Ragan’s story in the way he would have wanted.

Ultimately this outcome is what “Until 20” is intended to inspire. It’s a call to action. Write letters to Congress. Donate to cancer research.See the film. Do anything to make your time count—as Ragan did.

In hopes of getting the film to more viewers, Moriba and Paksima have teamed up with Tugg, a crowd-sourcing company that supports independent films by getting them into theaters across the country. It’s a simple concept. If you want to have a screening of a film in your area, all you have to do is sell enough tickets—on average that’s 75-100 tickets—to cover the expense of the theater.

For more information on Ragan and “Until 20,” please visit until20.com and triumphoverkidcancer.org. To get “Until 20” into your local theaters, please visit tugg.com.