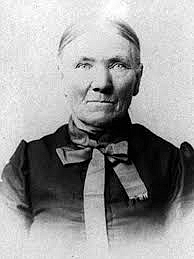 Last week, we profiled Frederick McKinley Jones, an inventor who, for the most part, was unknown and unheralded. His African-American female counterpart, equally obscure, is Sarah E. Goode. Goode is often cited as the first Black woman to be granted a patent by the U.S. Patent and Trademark Office for her invention of a folding cabinet bed in 1885.

According to some records, her distinction as the first African-American woman with a patent is shared with Judy Reed, who invented a dough-kneading machine that was patented in 1880, and Miriam Benjamin, who received a patent in 1888 for a hotel chair that signaled the service of a waiter.

Goode was born Sarah Jacob into slavery in 1850, the same year the invidious Fugitive Slave Act was passed. She received her freedom at the end of the Civil War and moved to Chicago, where she met and married Archibald Goode, a carpenter. Together, they opened their own furniture store.

When she learned from her customers about the problems they were having in their small apartments, which often didn’t accommodate much furniture, Goode set out to solve that problem. This problem was a particularly concern for her customers who were seeking more space for beds.

Goode’s answer was a cabinet bed, in effect, a “folding bed.” What she conceived and then invented was something akin to the Murphy, or “hide-away,” bed that was pulled down from a wall. Goode’s bed, when not in use, could function as a roll top desk, including space for other writing utensils and stationery items. Given that her father and her husband were carpenters, they were skilled enough to make Goode’s conception a reality.

Not much is known about Goode’s life beyond her invention, but Kate Kelly, on her website America Comes Alive! offers this caveat about African-American inventors:

“While there have been many African-American inventors of both genders since Sarah’s time, I thought I would mention just one other woman I found: The first African-American woman doctor to patent a medical device was Patricia Bath (1942-). She grew up in Harlem; her father was the first African-American subway motorman. She overcame color and gender barriers to becoming a doctor, and in 1988 she received a patent for a device she had been working on for eight years, a Laserphaco Probe. This is a laser device that removes cataracts easily and makes it easy for the ophthalmologist to insert a new lens. Bath is still alive and continues to work on improvements. She holds three patents on the laser device, and in 2000 she was granted a patent for a device to remove cataracts using ultrasound.”

In any case, Goode’s invention received a certain amount of attention, but there is no information about how widespread it was and the degree to which it was ever mass produced and put on the market.