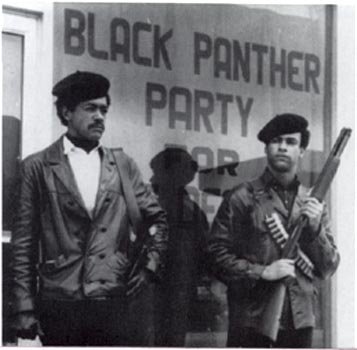 With co-founder Bobby Seale’s recent visit to Harlem, and the grassroots organization commemorating its 50th anniversary last month, the Black Panther Party for Self-Defense has been a hot topic lately.

Although it has been very well documented that the BPP was established in Oakland, Calif., Oct. 15, 1966, by college students Bobby Seale and Huey P. Newton in an earnest effort to combat police terrorism, unbeknownst to most people, local activists had already founded a similar youth-oriented organization named the Black Panther Party here in Harlem’s St. Nicholas Park during June 1966.

“Adam Clayton Powell Jr. told us we should seek a base for Black power,” recollected Brother David White, founding member of the original Black Panther Party out of Harlem, as he credits the first Black man in Congress as a major inspiration for starting the organization. “The Black Panthers were invited by Adam to the first Black Power Conference in July 1966 in Washington, D.C. At that time, he gave us original copies of his Black Position Paper. That September we boycotted JHS 139 and demanded that a Black curriculum be implemented.”

The original Black Panthers out of Harlem were instrumental in ensuring locals were politicized and properly educated in public schools, as they advocated for the Harlem community to be self-determining. They also helped independent Black-owned music record labels attain valuable and very necessary radio rotation, thus the nickname, the Fair Play Committee.

Some recall members from the FPC attending business meetings at various radio stations and record labels with briefcases in hand, yet there were no papers or folders inside. Needless to say, negotiations went well and they got the jobs done.

During a time when activists charged that some Jewish and Italian people were exploiting Black artists, the FPC handled much of the business that went on behind closed doors, often negotiating favorable deals for Black artists.

“The FPC was pointed to the radio who was ignoring independent Black music artists,” recalled TaharQa Aleem, who along with twin brother Tunde-Ra comprised The Ghetto Fighters, who were part of Jimi Hendrix’s Band of Gypsies. “Clarence Mookie Jackson was very influential and the founder of the FPC. He also co-wrote James Brown’s ‘It’s A Man’s World.’ The FPC had great power and potential.”

“Frankie Crocker [legendary radio DJ] had to pay attention to independent Black music due to the FPC. The FPC planted the seeds for what Black radio is today,” Aleem contended. “Our success with Nia Records is due to the FPC.”

Their immeasurable influence laid down a blueprint which the hip-hop generation emulated decades later.

“The FPC tried to rectify the problem of white-control and was trying to get Black people to rule our own destiny, when it comes to other people making millions of dollars off our music,” explained musician/songwriter Edwin Birdsong. “The FPC was trying to make sure Black people get and control what’s rightfully ours, but slavery is still in effect today in 2016!”

Dr. Muhammad Ahme and several other founding members of the FPC held a forum at Harlem’s Schomburg Center this past July where they shared some valuable history.