Olympic fencer stresses the importance of elite sport in education 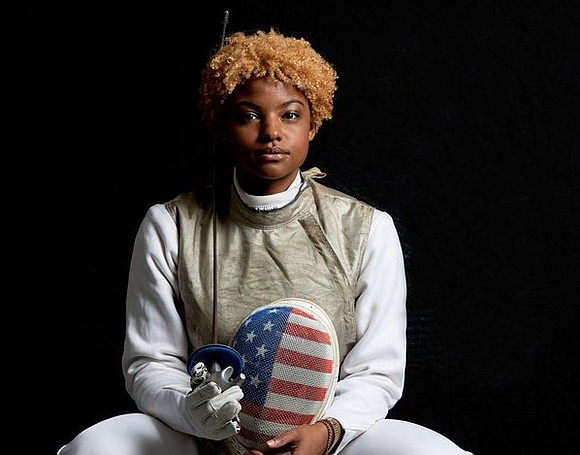 At the age of 9, Nzingha Prescod’s fencing career began when her mother took her to the Peter Westbrook Foundation. Every Saturday morning, she’d travel from Brooklyn to Manhattan for training and lessons. Prescod realized her talent for fencing only a year after she began. “About a year after I started, I won the Under 10 National Championships. I think at that point I realized I could beat people and take it to the next level,” she explained.

After realizing her potential, Prescod began to travel nationally and internationally to fencing competitions. Early on, she learned how to balance school work with fencing. As a graduate of Stuyvesant High School, Prescod said, “I didn’t waste a lot of time. I would do school work in the car and on the train and minimize my socializing time. My classmates were really helpful when I missed work as well.” At 15 years old, Prescod earned her first Cadet (under 17) World Championship title in 2008, and she went on to defend her title the following year.

As a result of her hard work and time management, Prescod took her talents to Columbia University, where she studied political science with a concentration in ethnicity and race. During her time on Columbia’s fencing team, she was named 2011 Ivy League Rookie of the Year and was awarded All-Ivy honors in 2011 and 2013. Prescod won gold and silver at the 2011 and 2012 Junior World Championships and qualified for every U.S. National team from 2009 to 2012.

Prescod sealed a spot on the 2012 United States Olympic Fencing Team at just 19 years old. She took a break from college to prepare, and her hard work also propelled her to the 2016 Olympic Team in Rio de Janeiro, Brazil. In Rio, she finished in 11th place overall.

Last week, Prescod snagged a gold medal at the U.S Fencing National Championships and July Challenge in Salt Lake City, Utah. She related, “I won the Division 1 individual event and my team, Peter Westbrook Foundation, also won the Division 1 team event. I had a hip surgery about nine months ago and it has been a challenge to start competing again, so it was exciting to perform at my best again. I was thinking of having confidence in my abilities and never letting up on my opponent, working and claiming every touch I can.”

Prescod has now joined with Alum NYC as a Brooklyn native and graduate of Stuyvesant High School. “Alum NYC is a network of graduates from New York City public schools that serves as a resource for current public school students,” Prescod explained. “It gives graduates an opportunity to help students who were once in their position and also gives students access to alumni’s insights and connections.” Prescod hopes to provide an understanding that elite sport can be beneficial in a student’s learning experience. “I hope I can relay to the public school network the importance of having the opportunity to pursue sport at a high level. Sport has opened so many doors for me and enhanced my life experience in so many ways. It’s a form of education that every child should have access to, not just the population that can pay for it.”