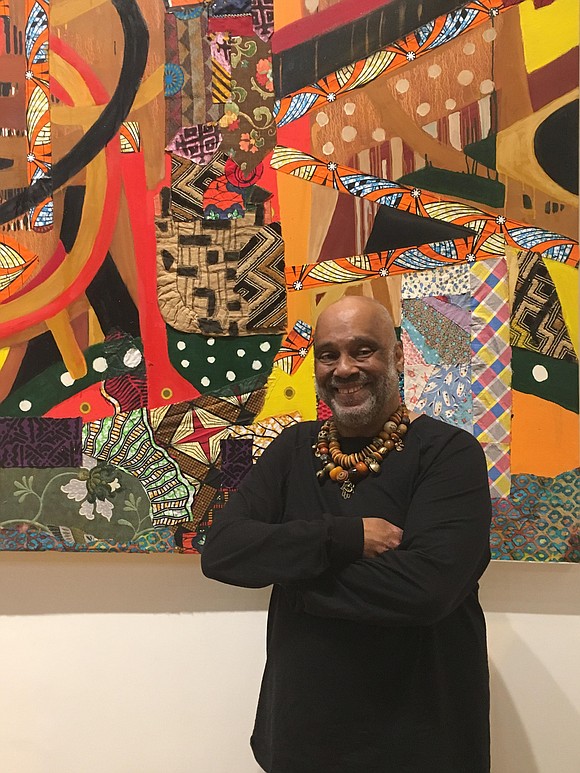 The Wilbur Ware Institute will celebrate the trombonist, composer and arranger Slide Hampton’s 85 birthday April 1, at the Bogardus Mansion, 75 Murray St., in the Tribeca section of Manhattan. There will be two sets, at 7:30 p.m. and 9:30 p.m.

The institute has assembled an impressive cast of musicians, including those Hampton influenced, such as trombonists Steve Turre and Steve Davis, the tenor saxophonist George Coleman, the trumpeter Kamau Adilifu and a dynamic rhythm section with pianist Kenny Barron, bassist Rufus Reid and drummer Victor Lewis.

Such a glowing ensemble would bring a smile to anyone’s face, including the fans who come out to celebrate this wonderful occasion with Hampton.

Locksley Wellington “Slide” Hampton was born April 21, 1932, one of 12 children of Laura and Clarke “Deacon” Hampton. The parents taught all 12 children to play instruments, and by the time Hampton was 12, the entire family (parents, eight sons and four daughters) was performing as a well-tuned band, The Duke Hampton Band.

In 1998, the NEA Jazz Master won a Grammy Award for Best Jazz Arrangement Accompanying Vocalist(s), as arranger for “Cotton Tail.” In 2005, he won another Grammy for Best Large Jazz Ensemble Album, “The Way: Music of Slide Hampton.”

Tickets are $30 per set. For more information, visit wilburwareinstitute.org/events/.

For the year 2017, you will not see a better play than “Esai’s Table,” which will end its astonishing two-week engagement at the Cherry Lane Theatre (38 Commerce St. in the West Village), Saturday, April 1, with two shows that night, at 5 p.m. and 9 p.m.

No, you may not recognize the names of this small cast of four, but they are an amazing ensemble that will rattle your world and disrupt your rhythmic flow based on these goings-on of America that bluntly boast a business as usual facade.

The Brooklyn-based Nathan Yungerberg is the playwright. Some of his plays include “The Son of Dawn,” “Brush Strokes” and “Orchids and Polka Dots.” His work has been developed or featured at The Brooklyn Museum, The Nuyorican Poets Café, The National Black Theatre and the Lorraine Hansberry Project.

“Esai’s Table” is directed by Danya Taymor. Some of her works include “The Sensuality Party,” Susan Soon-He Stanton’s “Cygnus,” “Wyoming” and “My Daughter Keeps Our Hammer.”

For culture warriors and activists this play is the one to see. When four Black men come together, words start flying into discussions that lead to conclusive answers. Justice may be blind, but Black America is a seeing witness. Enough said regarding “Esai’s Table” or the plot will be given away.

Lezlie Harrison has a smoky sensuous voice that keeps you on the edge of your chair. If the pleasure of seeing her has been denied, your chances are looking good on any Wednesday now through May at the Smoke Jazz & Supper Club (2751 Broadway near 105th Street).

During a recent Wednesday, Harrison held vocal court with her trusted trio of guitarist Saul Rubin, organist Ben Patterson and drummer Vince Ector. Her interpretation of “Friends” was a sweet ballad before it romped off into a swinging tune.

On Stevie Wonder’s “Lately,” it was all old memories on deck and all hankies out. You needed something to catch those feelings of lost loves. Harrison offered a freshness even on the standard “Take All of Me.” As she said, “You have to sing from experience and I am glad to share all of me.”

She has a great stage presence with the sassy homey humor of Pearl Bailey. She sings from “The Great American Soul Songbook”, which includes songs from Stevie Wonder to Bob Dylan, with jazz standards infused with gospel and funk excursions.

Because she’s known on the New York jazz scene and around the country, don’t be surprised by who shows up to add more soul. For the masterful Marvin Gaye’s birthday April 2, Harrison will offer songs of celebration April 5. The interpretation of his many hits will be well worth hearing.

The Harlem School of the Arts was founded in 1964 by soprano Dorothy Maynor. In August 2015, Eric G. Pryor was named the new president and CEO.

Most recently, HSA hosted a reception for the poet and artist Danny Simmons. “It is an honor to have the works of a great artist like Danny Simmons grace the walls of our building,” stated Pryor in his introduction.

Simmons exhibit, “Hoppin’ the Hoodoo Express,” will be on exhibit now through May 27 in the HSA Gallery.

“I am so happy my work is being exhibited in such an active place that is used every day in the community for young people,” said Simmons. “Art saves lives, especially here.”

The series includes 30 pieces, and 10 are exhibited at HSA. Simmons said these works are an inspiration for him trying to get beyond European art and tap into the spirit of African art.

“‘Hoppin’ the Hoodoo Express’ is the fast track back to our culture,” stated Simmons. “It is the spiritual conduit feeling something deeper than just art. It is a feeling of the ancestors, so it was important for me to use an African motif and representative colors.”

The abstract expressionist, who is an avid collector of African artifacts, is the co-founder and chairman of Rush Philanthropic Arts Foundation, which provides community children with arts access and education. He converted part of his Brooklyn loft into the Corridor Gallery.

In 2015, Simmons moved to Philadelphia and opened Rush Arts Philadelphia gallery, which extends the Rush Arts mission to creating a national presence.

Simmons wrote “Three Days As the Crow Flies,” a fictional account of the 1980s New York art scene. He also wrote a book of artwork and poetry titled “I Dreamed My People Were Calling But I Couldn’t Find My Way Home” and “The Brown Beatnik Tomes.”