Safiya Bandele, a woman of honor and grace 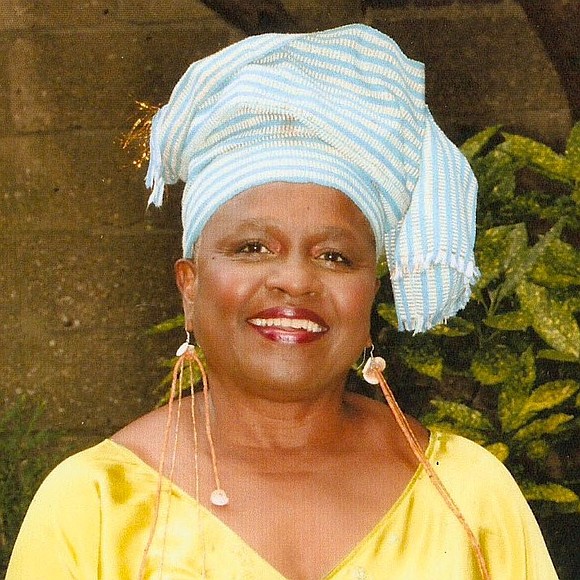 Dozens of awards later, Brooklyn resident Safiya Bandele will receive a Lifetime Achievement Award on May 19, at a fundraiser for the Magnolia Tree Earth Center.

“This award is significant to me because I will be receiving it on Malcolm X’s birthday and in 1985, I received the Malcolm X award from the East organization,” stated Bandele. “Even though this is not a Malcolm X award, it reminds me of the award I received 32 years ago.”

Before retiring in 2011, Bandele was a Medgar Evers College professor and director of the college’s Center for Women’s Development, along with being a member of several community organizations. In Bandele’s 34 years at Medgar Evers College, she contributed to the progress of women and overall community service efforts.

The Magnolia Tree Earth Center of Bedford-Stuyvesant, Inc. was founded in 1972 by Hattie Carthan. A resident of Bedford-Stuyvesant, Carthan was among the nation’s first African-American community-based ecology activists. Her pioneering efforts brought a variety of “green” programs to her neighborhood during the early emergence of the grassroots and environmental education movements.

Carthan sought to build on the longevity and vitality of the Magnolia grandiflora as a symbol to foster awareness of natural sciences and matters of ecological concern. Her activism and concern for young people led to the establishment of the Magnolia Tree Earth Center. Since then, it has evolved into an epicenter for learning, environmental stewardship and community development.

“Safiya Bandele is more than deserving of this award because of the hard work and support she has provided and continues to provide to women of our community,” stated Andrea Brathwaite, acting director of Magnolia Tree Earth Center. “She supported women independence, worked with women of domestic violence, women who were released from prison and so many more. Women came to her with low self-esteem and she supported them and continues to work in the community. You can pick up the phone right now and ask her for a favor and she will be there for you providing a helping hand.”

Bandele retired from Medgar Evers College in 2011 and currently does performances honoring the life and time of activist and suffragist Ida B. Wells.

Bandele hopes to see all of her family and friends, including those from Medgar Evers College, the Center for Women’s Development and the Kenyatta Circle, organizations she’s worked with and/or supported with time and money, and her post-retirement circle, Bed-Stuy YMCA swimmers.

Tickets to the event are $50. Order your ticket(s) at www.magnoliatreeearthcenter.com.