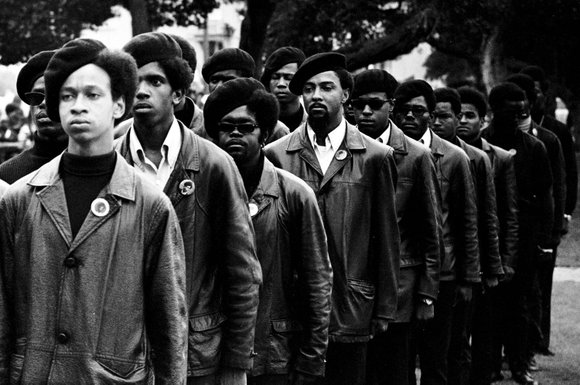 “Some brothers from the BPP’s Central Committee in Oakland came to NYC to start a chapter,” recalled New York BPP founding member Sekou Odinga. “Most were out of SNCC, and that started out as leadership here.”

He recalled that the first meeting he attended “was in the East Village at one of the SNCC sisters’ house.” Then, after it was agreed—around March or April—some preliminary meetings at LIU’s Brooklyn campus took place with Seale and several BPP leaders, “to start a chapter around issues here in NYC.”

Neither Newton nor Eldridge Cleaver attended the initial meeting, and following meetings were at full capacity, forcing relocation to “a storefront on Nostrand Avenue [between Atlantic and Fulton], then heading to Harlem shortly thereafter.”

Blood McCleary, Jorge Aponte, Janet Cyril and Jordan Ford were some of Brooklyn’s initiates. Very few were more than 25 years old; most were teens.

Lumumba Shakur headed to Harlem, and Odinga took to the Bronx. The two chapters worked together, with Shakur and Odinga as co-leaders.

“When King was assassinated a lot of people wondered if non-violence was really the way,” said Joseph, who began attending political education classes at 15 years old. “Then on the scene were the BPP who were talking self-defense and revolutionary change. The BPP caught the passion of what was going on, especially here in NYC.”

Joseph recalled being given a stack of books—“Autobiography of Malcolm X,” Fanon’s “Wretched of the Earth,” Cleaver’s “Soul on Ice” and “Quotations From Chairman Mao Tse-Tung.”

At the time, he said, “I thought you were going to arm me.”

The Black Panther replied, “Young brother, I just did. This is a class struggle for human rights, not just a race struggle for civil rights.”

He also mentioned that many African-centered movements already existed in New York City that influenced the fledgling organization’s global scope. “We looked at Third World revolutionary struggles based on socialist principles—Mao, Ho-Chi Minh, Sekou Toure, Castro, Che—as models for what our struggle would be like and the international united front to topple worldwide capitalism and the growing military industrial complex,” he said.

Joseph noted that the first Harlem meetings were at 2026 Seventh Ave., and then later at IS 201. Within months, BPP offices opened throughout the metropolitan area.

“We started programs immediately,” Odinga explained. “Part of our political education was to learn how to serve the people. We had all kinds of programs—housing, welfare, breakfast for children, clothing drives—to help people.”

He continued, “By Malcolm X being from NY, we knew about him better than a lot of other places. His writings and recordings were very popular amongst the revolutionary-minded youth. Once he got killed, I left the OAAU because it wasn’t going in the direction I thought he was taking it in.”

Joseph added, “Malcolm X did it in a very dynamic way that made it real clear that we had to defend ourselves as a community and think of ourselves separate and apart from the U.S. We considered ourselves to be the ideological children of Malcolm X. We understood that in order to really be free, we had to change this system.”

Odinga concluded, “That’s what we need now, the youths to take control and lead, to come up with new programs to lead us into the future. It’s a different time, but our genius still lies amongst our youth, and they have to accept that responsibility to use that genius to lead and change the conditions of our community.”

Organizers added that folks who want to support the campaign to co-name 122nd Street and Seventh Avenue “Black Panther Way” can contact panthershepcat@aol.com.