Hundreds of tenants rally at Rent Guidelines Board hearing 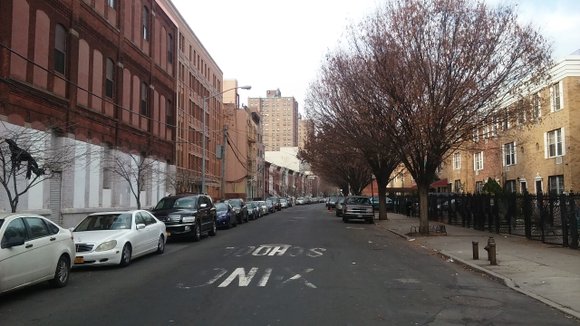 144th Street in the Bronx. FILE

More than 500 tenants rallied at Hofstra College, where the Rent Guidelines Board was holding a public hearing. Elected officials and the Rent Justice Coalition, including tenants, advocates and community organizers, petitioned the Rent Guidelines Board to freeze rents. There have been five public hearings throughout the city held before the board votes on the rates for rent-stabilized apartments at its meeting June 26, 2018.

Tenants are continuing to complain about harassment and intimidation tactics used by landlords to push rent-stabilized tenants out of their apartments while making way for tenants who can afford the rent increases. Tenants are demanding that the Rent Guidelines Board take immediate action to address the affordable housing crisis in the city by freezing rents.

Many people end up homeless and in shelters. About 43 percent of people in shelters came from rent-stabilized apartments. Others are forced to move out of the city to find affordable housing, or move in with family members. This proves the need for more low-income housing and rent freezing.

Jose Rodriguez, a longtime member of Banana Kelly, a New York City community improvement Association, said, “My whole life has been a story of increases and displacement. For as long as I can remember my family had to move from apartment to apartment due to rising rents. Even as an adult for some time I found myself homeless and struggling to find an affordable apartment. It is thanks to organizations like Banana Kelly that I have been able to find a home and a landlord that actually cares about keeping the Bronx affordable for folks like me.”

This gentrification is nothing new to New York City as this “ethnic cleansing” grows in neighborhoods such as Harlem, which ranks 15th overall for the biggest changes in median home value. Rodriguez explained, “Again and again the city has sided with greedy landlords. The city isn’t doing enough to protect tenants.”

Pilar DeJesus, a paralegal in the Tenants’ Rights and Housing Justice Community Development Project, said, “During previous administrations, landlords have been overcompensated with high rent increases, including an 8.5 percent increase at the height of the recession in 2009. Landlords also make money on major capital improvements, vacancy bonuses, preferential rent and by overcharging tenants. Every time someone moves they increase rent to the next tenant. Even now, landlords continue to buy up properties across the city. If any landlords are legitimately struggling to operate their buildings, they can apply for low-interest loans to make improvements. [Only a couple of landlords applied last year].”

Over the past few years the city has seen a drastic increase in rent, as much as 3.75 percent according to the Rent Guidelines Board.

“For tenants who are already rent burdened, with more than 30 percent paying half of their income, or more, for rent, that increase could force them to choose between paying their rent and buying food for their families,” said DeJesus.