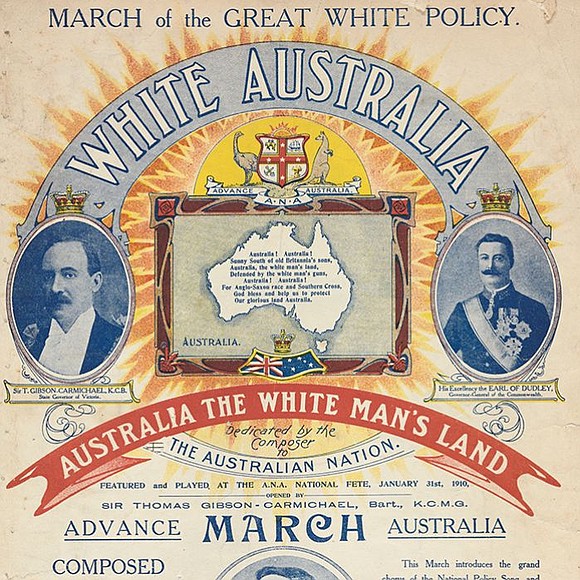 Minister of Home Affairs Peter Dutton said Australia should speed up the visas for white farmers who, he claimed, are being “persecuted” since South African President Cyril Ramaphosa endorsed transferring land ownership from whites to Blacks, in some cases without compensation.

“These people deserve special attention,” Dutton said. “From what I’ve seen they do need help from a civilized country like ours.”

The minister’s offer to white farmers echoes the racist beliefs promoted by the Australian Daily Telegraph, a branch of News Corp, founded by Rupert Murdoch.

Miranda Devine, in a recent column, asked for “compassion and taxpayer largesse” for “our oppressed white, Christian, industrious, rugby and cricket-playing Commonwealth cousins” who would easily adapt to Australian culture.

Columnist Caroline Marcus, also of News Corp, dismissed the ANC’s ambitious land reform program as “reverse racism.” “The truth is,” she wrote, “there are versions of this anti-white, vengeance theme swirling in movements around the western world, from Black Lives Matter in the U.S. to Invasion Day protest back home.”

“The situation has become so bleak,” she continued, that “being a farmer in South Africa is now the world’s most dangerous job.”

In a statement that appeared in Al Jazeera, South Africa’s foreign ministry declared, “There is ano reason for any government anywhere in the world to suspect that any South African is in danger from their own democratically elected government.”

Up to 70 percent of lands in South Africa are believed to be owned by white Afrikaners while Black South Africans hold the title deeds for less than 10 perfect of the nation’s agricultural land.