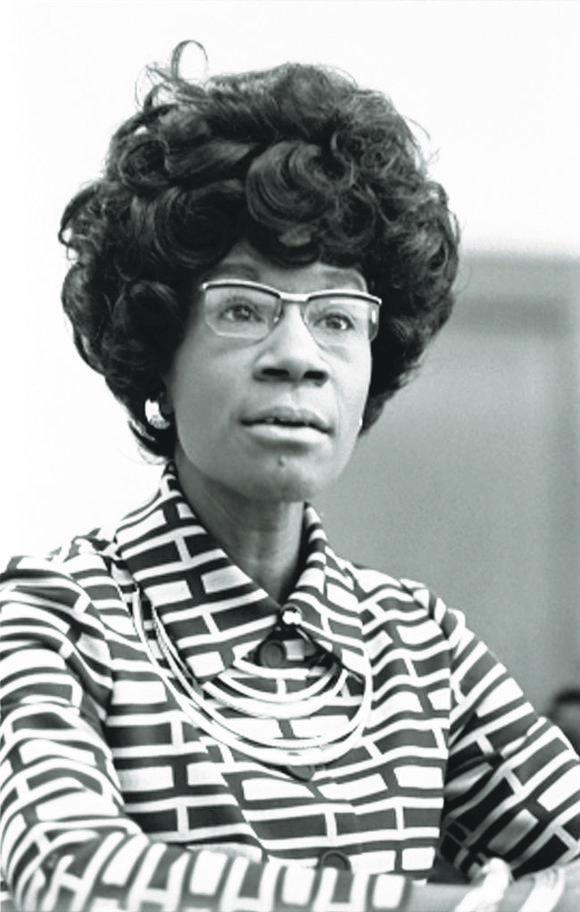 Lee is introducing a House Resolution with Congresswoman Yvette Clarke (NY-9) this week to honor Chisholm.

“Fifty years ago today, Shirley Chisholm of Brooklyn shattered the glass ceiling to become the first Black woman elected to Congress. On that day, she wasn’t just running for office—she was running against history,” stated Lee in her op-ed, which was featured in Essence Magazine. Chisholm was a mentor of Lee while she was attending Mills college, becoming a lifelong friend. “Working on her presidential campaign, Chisholm showed me the power of ‘unbought and unbossed’ women of color to change our country,” said Lee.

Chisholm was often dismissed as a “little schoolteacher” by her opponents because of sexism. However, she combated acts of this sexism through her campaign slogan, “Unbought and Unbossed” which summed up her unwillingness to stay silent on matters she deemed important.

“I have no intention of just sitting quietly and observing,” Chisholm mentioned after her election. She fought for low-income families, children who struggled with getting daily meals, single mothers and immigrants.

“When she spoke, I heard a candidate who understood my community. She understood the challenges I was facing—as a young, single mother raising two little boys—to feed my kids, pay the bills and get an affordable, high-quality education.”

Meanwhile, her alma mater Brooklyn College (Chisholm was a member of the class of 1946) is hosting the Shirley Chisholm Project on Brooklyn Women’s Activism, a daylong symposium Tuesday, Nov. 27, 2018, to commemorate the seismic political and cultural impact of Chisholm’s ascent to Washington, D.C. The program will begin with a panel discussion at 11 a.m. in the Gold Room of the Brooklyn College Student Center, followed by the keynote dialogue (award-winning poet Sonia Sanchez is delivering the keynote address) at 2:15 p.m. in the Woody Tanger Auditorium. All events are free and open to the public.