Prosecutors must help those with criminal records secure jobs 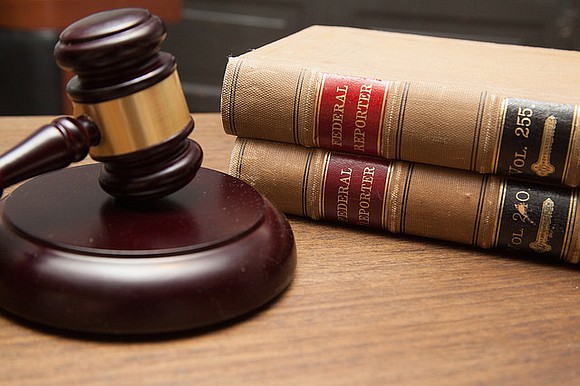 To achieve a fairer, more just criminal justice system, prosecutors should not only incarcerate fewer people, they must use the full weight of their offices to help those who already have been convicted (many for low-level crimes) secure employment.

According to an estimate by the National Employment Law Project, approximately 65 million people have criminal records for convictions and arrests. The well established racial disparities in our criminal justice system are compounded by racial disparities in the job application process; the negative impact of a criminal record is twice as large for African-American applicants as compared to white applicants. Against this backdrop, it is unsurprising that the African-American unemployment rate is above the overall unemployment rate. Of course, this high unemployment rate has an effect not only on the unemployed themselves, but also on their families and, collectively, on entire neighborhoods.

New York State has a criminal records law on the books that prohibits employers from turning away a job applicant unless (1) a direct relationship exists between the applicant’s conviction and the job sought or (2) employment of the applicant would present an unreasonable safety risk. But, companies violate this law day in and day out and reject applicants simply because they have a criminal record.

Many of us have personal stories and have seen the personal toll this has taken on people’s lives. Growing up in Harlem in the 1980s and 1990s, I had a number of smart and talented peers who were denied a real second chance. Later as an adult, this hit even closer to home with a close relative who had several missteps from his late teens to his mid-20s. In an effort to right the ship, he moved cities and came to stay with my wife and me. The plan, of course, was that he would seek and get a job. But he was turned away from job after job for which he undoubtedly was qualified. Often, there was no explanation. One prospective employer owned up to the company’s thinking, pointing to his criminal history in a form letter. It was only through friends and family that he finally found work. I note with pride that he has been consistently employed for more than a decade, earning a series of promotions for his hard work.

I also know about flagrant violations of the criminal records law from my time overseeing the Civil Rights Bureau at the New York Attorney General’s Office. We used an undercover investigator posing as an applicant with a criminal history, and the frequent response from companies was: “We don’t hire convicts.” Other times, there was no need for an undercover investigator. The violation was in plain sight, with newspaper listings seeking applicants with “no felonies” or “clean criminal backgrounds.” Armed with hand-in-the-cookie jar evidence, we secured settlement agreements with several companies requiring them to change their policies and go back and reconsider applicants who unlawfully had not been considered.

There is far more work to be done, and prosecutors need to lead the charge in helping those with criminal records secure employment. This is not some pie-in-the-sky impractical idea. Some prosecutors are already doing this, directly connecting formerly incarcerated persons with employers, holding job fairs, offering mock interviews and resume writing help, hiring a formerly incarcerated person to coordinate the prosecutor’s office’s reentry work, and helping get certain records expunged.

There are two key reasons why prosecutors universally should join in this work. First, employment reduces recidivism, which should be a goal of every prosecutor. Second, prosecutors not infrequently require people convicted of crimes to seek employment. It follows that prosecutors should help try to knock down employment barriers arising from the very criminal sentences leading to employment requirements. The impact of efforts by prosecutors would benefit not only those with criminal records, but also their families and entire communities.

We cannot repair our criminal justice system without addressing the collateral job consequences for persons who have been convicted. It is imperative that prosecutors help lead the way.

Alvin Bragg is the former chief deputy to the New York State attorney general, a former federal prosecutor, and a visiting professor and co-director of the Racial Justice Project at New York Law School.