The Storied History of the Black Press: ‘The Pillars of Black America’s Struggle for Justice’ 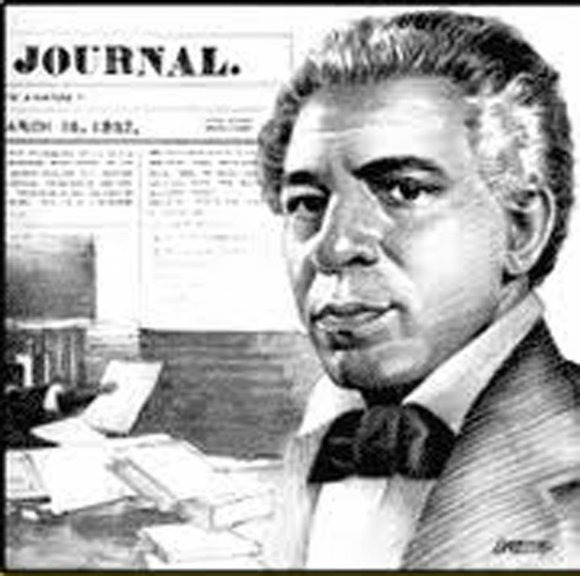 Amsterdam News in the classroom: John B. Russwurm and Freedom's Journal, the first Black newspaper

Since the founding of the Black Press 192 years ago, African American-owned newspapers have served their communities in ways that no other publications have.

Historically, these publications have operated on “shoe-string” budgets, are usually understaffed, and also face other severe limitations. Yet, the Black Press always has maintained its mission as the voice of Black America.

That tradition has held true through many transitions and has continued during the 79-year history of the National Newspaper Publishers Association (NNPA). The NNPA is the trade organization representing America’s Black-owned newspapers and media companies. The organization’s members serve millions of readers that rely on the Black Press to provide content not regularly found in other media.

For many, the Black Press is just as essential to the culture of the community as the Black church.

“It is undeniable that the Black church and the Black Press have been, and continue to be, the foundational pillars of Black America’s long struggle for freedom, justice, equality and empowerment,” said NNPA President and CEO Dr. Benjamin F. Chavis, Jr.

“We know first-hand the power of the pen and we remain committed to helping to ensure and to mentor the next generation of freedom-fighting publishers, editors and journalists,” Chavis said.

On March 16, 1827, The Rev. Samuel Cornish and John Russwurm made history by publishing “Freedom’s Journal,” the nation’s first Black newspaper.

NNPA Chairman Dorothy R. Leavell, who publishes the Chicago and Gary Crusader newspapers, has often described “Freedom’s Journal” as courageous and she regularly cites the newspaper’s motto as one that remains a focus of the Black Press today.

Circulated in 11 states and in Europe, Canada and Haiti, “Freedom’s Journal” provided international, national and local details pertinent to the Black community. They denounced slavery and lynching and, among the many features that endeared the newspaper to its readers, were African American community-based marriage, birth and death announcements.

Soon, other Black-owned papers like the Savannah Tribune, The Afro-American in Baltimore, the Indianapolis Recorder, and The Philadelphia Tribune began publishing.

Those newspapers and others, like the Pittsburgh Courier, the New Journal and Guide in Virginia, and The Kansas City Call, have maintained the tradition and continue to deliver news and insights today.

The NNPA honors the history and legacy of the Black Press via The Black Press Archives and Gallery of Distinguished Publishers at Howard University.

Each year during Black Press Week in Washington, DC, a NNPA member is posthumously enshrined in the Archives and Gallery.

“It’s so important we remember our past and remember those whose shoulders we stand upon,” Chavis said.

As community-focused publishers, the news that appears in NNPA’s member publications affects the day-to-day lives of their readership. For example, in Dallas, Texas, where voters recently elected a new mayor, U.S. congressman and Dallas County District Attorney.

For many in Dallas’ African American community, these much-needed changes were underscored through the resilient coverage of the city’s Black-owned North Dallas Gazette, which for decades has provided some of the most in-depth coverage of local elections for a publication of its size.