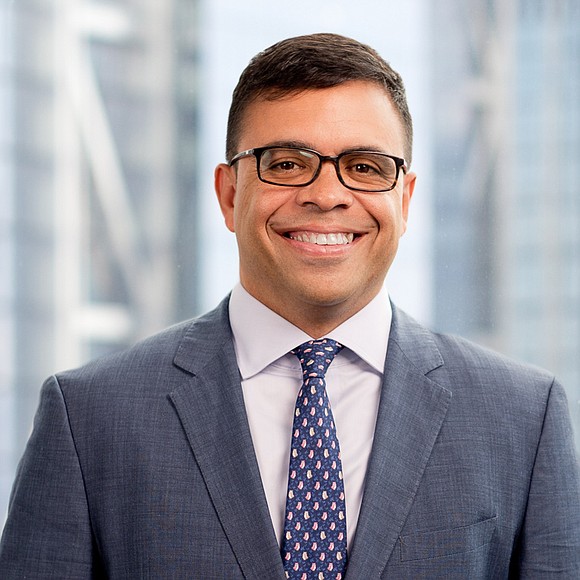 Attorney Debo Adegbile attributes his success as an anti-discrimination lawyer and a commissioner on the United States Civil Rights Commission to those who fought for civil rights before him, such as late Supreme Court Justice Thurgood Marshall.

However, that did not stop him from continuing his fight to give what he feels are the rights that every American deserves. Adegbile is currently a partner at the WilmerHale law firm where he co-chairs the firm’s anti-discrimination practice. He is in the second year of his six-year term on the U.S. Civil Rights Commission.

A native New Yorker, his foundation was shaped by his Nigerian father and Irish mother. He grew up in a diverse environment and learned about the Civil Rights Movement while a student at the Manhattan Country School.

“I became a lawyer because I was interested in the work that Thurgood Marshall and the NAACP Legal Defense Fund did during the civil rights era,” he said during a recent interview. “I do the work to keep the American promise for everyone.”

After working for private law firms, Adegbile did in fact work for the LDF from 2001 to 2014 and held several positions, including acting president, director counsel and special counsel. One highlight from his tenure at LDF is arguing a case before the United States Supreme Court in 2008 making a defense of the Voting Rights Act.

“The NAACP Legal Defense Fund is the nation’s leading civil rights litigator and been around for more than 70 years,” he said. “We must carefully guard it.”

In 2013, Adegbile was nominated by President Obama to serve as the United States assistant attorney general for the United States Department of Justice Civil Rights Division. He was rejected by the U.S. Senate because he argued that there was racial discrimination in jury selection for the trial of Mumia Abu-Jamal.

Currently, his work at WilmerHale consists of investigating companies and institutions including those in finance and higher education. He’s also worked on several cases involving police departments when it comes to discrimination.

A report released this month by the Pew Research Center indicates that roughly 80 percent of Blacks with at least some college experience say they’ve experienced racial discrimination, at least from time to time, including 17 percent who say it happens regularly.

“Discrimination is, in many contexts, motivated by fear of people who are different,” Adegbile said. “It’s basic insecurity of others. I suspect that we will continue to vigorously enforce anti-discrimination laws. These laws are not self-executing.”

As for the future, Adegbile says he wants to continue his work in the civil rights sector. However, he says he is open to whatever comes his way.

“Right now I’m happy doing what I do at the Civil Rights Commission and I remain open to thinking about the way to best advance the things in which I believe,” he said. “The fight for equality is an important fight.”