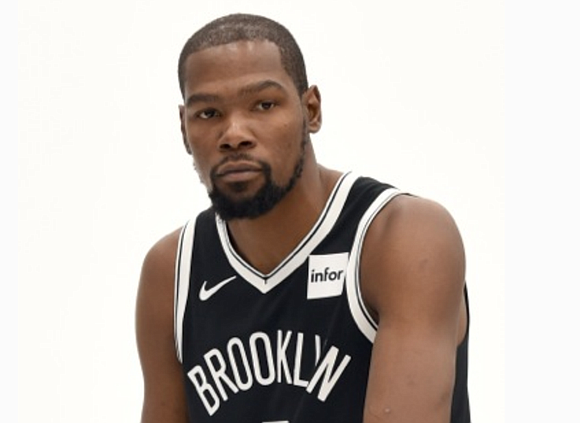 The global coronavirus pandemic has impacted every aspect of society. As a collective people, daily life has been intensively altered and normalcy redefined. The sports world has been dramatically and emotionally interrupted, and it is uncertain when most leagues and events will resume as the horrible disease acutely dictates the terms of how they will move forward in the coming weeks and months.

The tournament is being broadcast by ESPN2 and is now in its quarterfinal round, which takes place tonight, April 9. The Brooklyn Nets’ Durant, the No. 1 seed entering the competition, had an early exit after being eliminated by the Miami Heat’s Derrick Jones Jr., who won the NBA Slam Dunk Contest this past February at All-Star Weekend.

The WWE’s WrestleMania series commonly draws crowds exceeding 80,000 live spectators, with its high water mark of 101,763 fans coming to WrestleMania 32 on April 3, 2016, at AT&T Stadium in Arlington, Texas, home of the Dallas Cowboys. This past weekend, WrestleMania 36 took place, sort of, minus a live audience in attendance.

Originally scheduled for Raymond James Stadium in Tampa, Florida, the domain of the NFL’s Tampa Bay Buccaneers, the typically elaborate extravaganza’s 18 matches were staged at the WWE Performance Center facility in suburban Orlando, Florida on March 25 and 26, and broadcast this past Saturday and Sunday on the organization’s pay-per-view service for a fee of $34.99. Former New England’s Patriots tight end Rob Gronkowski hosted the event.

MLB baseball is also discussing a similar model to open its season. It would hold all of its games at stadiums in Arizona without fans being present with each of the league’s 30 teams confined to specific areas within the state.

The UFC suspended cards booked for March 21, March 28, and this Saturday, April 4, but on Monday, April 6, its president, Dana White, revealed to ESPN that the mixed martial arts organization will soon hold cards on an island whose location has not yet been publicly disclosed.

“I've got an island. The infrastructure is being built right now,” White informed the outlet. “We’re going to do all of our international fights on this island.”

It’s been nearly one month, and feels like an eternity, since the NBA suspended its season due to the coronavirus pandemic. On March 12, the league announced an indefinite postponement of its remaining schedule. That same day, the National Hockey League, Major League Baseball and Major League Soccer all followed suit and halted play.

Also on March 12, the NCAA canceled its postseason men’s and women’s tournaments, which included the exceedingly popular men’s March Madness basketball competition, and earlier this week, the PGA confirmed it has rescheduled the iconic Masters, which would have begun today, to November 12-15.

Like the WWE and UFC, leaders of all major sports leagues and organizations are considering contingencies and creative means to restart and provide ardent and casual sports fans alike current content.