Be prepared: Experts sound the alarm on Black Americans and COVID-19 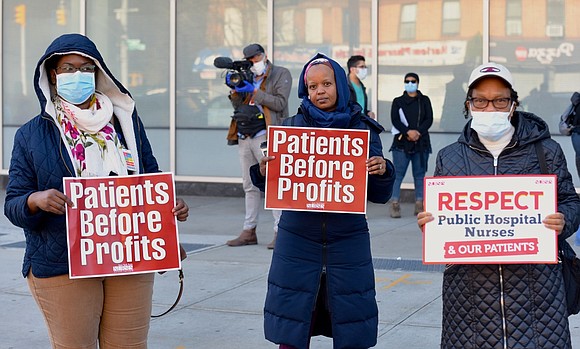 “Recognize that we don’t want to panic, but we want to be prepared,” said Rep. Sheila Jackson Lee (D-TX). “…a message that would’ve been crucial two months ago.”

The Center for Disease Control (CDC) and many state governments have broken down the numbers of those infected with COVID-19 by county, city, and gender. Elected officials and medical experts are demanding that the federal government release stats broken down by race as well.

Lee, along with multiple Black elected officials and those in the medical field, spoke to the media over the past several days about the inequity of medical care, the high rates of Black people infected with the coronavirus and the importance of access to Personal Protective Equipment (PPE).

Currently, the CDC isn’t reporting COVID-19 cases by race or ethnicity despite having access to the numbers. The CDC requests information from the health department via the COVID-19 Case Report Form. Despite that, they won’t provide race-based information on the coronavirus.

Kirsten Clarke, president and executive director of Lawyers’ Committee for Civil Rights Under Law, believes that due to lack of access to healthcare and testing, Black people are more than likely hit hardest by COVID-19.

“Equal access to healthcare is a critical civil rights issue, and during this novel pandemic, the public deserves nothing less than full transparency from this administration and state public health officials. To fully confront this pandemic, we must ensure that communities of color receive equitable health care and treatment during this crisis. Comprehensive and publicly-available racial data is a necessary weapon in the fight to confront COVID-19.”

She has reason to worry. One of the few states to include racial statistics reveals the importance of releasing stats to the public.

According to the Illinois state government’s numbers––as of April 6––12,262 people tested positive for the coronavirus with 307 of those people dying. Out of those positive tests, more than 5,000 were in Chicago with Black people making up 29.4% of the positive tests and 42 percent of all deaths.

It’s a similar situation in Michigan where––as of April 7––18,970 people have tested positive for the coronavirus with 845 reported deaths. Of those infected, African Americans make up 34% of COVID-19 and 40% of deaths.

Black people in Michigan also make up 14% of the population. In Louisiana, the state department of health noted that Black people make up only 32% of the state population, but 70% of COVID-19 deaths. As of right now, nine states have released racial data on the coronavirus.

When the AmNews contacted both New York City Mayor Bill de Blasio and New York Gov. Andrew Cuomo’s offices, and asked specifically about race and ethnicity stats on COVID-19 infections, no one responded for comment.

“As we have already seen, the COVID-19 pandemic has and will undoubtedly amplify racialized health inequities, further devastating Black and other marginalized communities,” said Blackstock. “Collecting racial and ethnic demographic data on testing, cases, and health outcomes will be imperative to mitigating the effects of the COVID-19 pandemic on our already vulnerable populations and will ensure healthcare resources are allocated equitably.”

In a letter to the U.S. Department of Health and Human Services (HHS), the Lawyers’ Committee and medical professionals noted that systemic racism and bias in America’s healthcare system has led to African Americans having a plethora of chronic diseases like hypertension, asthma and diabetes.

“These co-morbidities render Black Americans more susceptible to severe respiratory complications and death resulting from COVID-19. Inclusive testing practices would help ensure that symptomatic people receive timely care and treatment, and asymptomatic carriers do not continue to transmit COVID-19 to other vulnerable members of their communities,” read the letter.

Congresswoman Brenda Lawrence told reporters that they’re in a perpetual battle with the White House over supplies and states have been forced to rely on themselves. She said that state governments and elected officials will now have to rely on each other and make sure their constituents are taken care of.

“Jared Kushner said the states aren’t entitled to the federal stockpile,” said Lawrence. “Last time I checked, we were the United States of America. We’re gonna have to sound the alarm that this is real.

“This will not be the last pandemic we face,” said Lawrence.