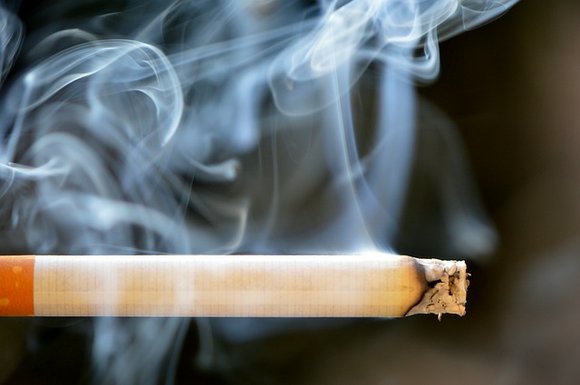 There is little question that cigarette smoking is harmful.

However, a growing number of organizations led by Law Enforcement Action Partnership (LEAP) and the National Organization of Black Law Enforcement Executives (NOBLE) believe a ban would further endanger Black lives because it could potentially increase interaction with the police.

Many within the African American community have voiced concern over California’s Senate Bill 793.

This measure would ban menthol products, but critics said it would probably increase racial profiling by law enforcement, based on statistics suggesting that menthol cigarettes are overwhelmingly preferred by African Americans who chose to smoke.

“Whether it is real or perceived, there is a distrust of local police,” said Commissioner Jiles Shipp, the president of NOBLE.

“The ban will have a counter effect and further damage community-police relations.”

Shipp recommends that communities concerned about smoking continue to use education, limited smoke-free areas, and tobacco cessation campaigns, all of which he said has drastically decreased smoking rates over the past few decades.

Major Neill Franklin, executive director of LEAP, noted that if convenience stores and gas stations are prevented from selling menthol, most people will purchase the cigarettes from neighboring jurisdictions and sell them in the prohibited area for a higher price.

“We know that laws are enforced in a way that targets people of color. [Menthol bans] create more space for that to happen,” Major Franklin declared.

“That LEAP is trusting NNPA member newspapers for delivering this essential information to those it has impacted the most speaks volumes about our organization’s reach, power and influence on all matters relating to Black people.” stated Kenneth Miller, the publisher of Inglewood Today.

“There is truth to the fact that lives will be saved because of the number of African Americans who smoke menthol cigarettes, but that doesn’t address the black market it creates for menthol cigarettes, which brings police into the situation and is what happened in the Eric Garner case,” added John Warren, the publisher of The San Diego Voice & Viewpoint. “People don’t need to be killed by police because of cigarettes. It’s not worth it.”

In an op-ed published this month, National Newspaper Publishers Association (NNPA) President and CEO Dr. Benjamin F. Chavis, Jr., said while he doesn’t smoke, he supports any effort that will improve the health and quality of life of Black Americans, as well as the health of all people regardless of race.

“But I am profoundly aware that the overwhelming majority of Black Americans who smoke cigarettes prefer to smoke menthol-flavored cigarettes,” Chavis wrote.

“For me, this is an issue that needs to be better understood by public policymakers who are contemplating passing legislation that will ultimately add to the often-fatal interactions between Black Americans and law enforcement officers.”

According to the website, filtermag.org, menthol is a mint-flavored compound that reduces the harsh taste of smoke inhalation. While menthols make up 35 percent of the overall cigarette market, an entrenched racial disparity exists, at least partly due to targeted marketing by tobacco companies: 89 percent of black smokers prefer menthols.

“Smokers, like any people who use drugs, are unlikely to respond to bans by suddenly changing their preferences. Prohibiting the sale of these cigarettes could, therefore, further criminalize communities of color,” the website noted.

Opponents of the ban have noted that if the issue were about American citizens’ health, the legislature would seek to ban all forms of cigarettes, not just those preferred in the African American community.

“We can’t criminalize our way out of social problems,” said Jody Armour, the Roy P. Crocker Professor of Law at the University of Southern California. “What lessons have we learned from the last 30 years as we have evolved from Jim Crow to mass incarceration, which has become the vanguard of civil rights issues?”