Celebrating 100 years of Harlem as mecca of Black culture 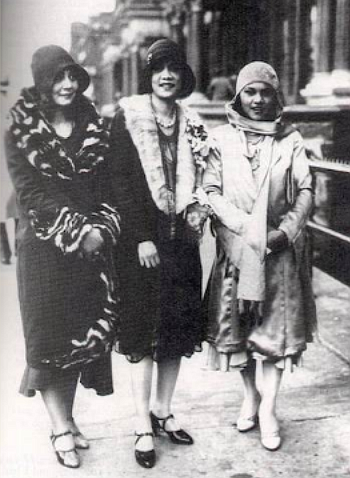 Organizers recently announced the official launch of the Harlem Renaissance 100, a multi-year celebration and tourism initiative commemorating the milestone 100th anniversary of the Harlem Renaissance and the artistic brilliance born from that movement. Spearheaded by Harlem One Stop, this partnership comprised of over 40 of Harlem’s most esteemed cultural institutions will not only celebrate the centennial and its cultural legacy but also spotlight the vibrancy and creative energy of today’s Harlem seeking to inspire the next generation of artists.

Consisting of a series of events taking place throughout the year, Harlem Renaissance 100 will kick off in February with a community-wide Harlem Culture Crawl on Feb. 1 where residents and visitors alike can explore Harlem’s cultural institutions as well as the neighborhood’s exciting culinary scene. Additionally, there will be partner-hosted events during Harlem Culture Crawl including the Apollo Theater’s Open House, and an opening ceremony featuring talents from Harlem School of the Arts, Harlem Opera Theater, Harlem Chamber Players and more held at the Cathedral of St. John the Divine. Participating partners from Harlem Park to Park will also offer specials for patrons.

Other highlights of the Harlem Renaissance 100 Celebration include:

-Between the Lines: “I Love Myself When I Am Laughing–A Zora Neale Hurston Reader,” a conversation hosted by the Schomburg Center for Research in Black Culture’s around the legendary writer’s reissued work (Feb. 11)

-A Black History Month Reception and Harlem Renaissance 100 Celebration presented by the Office of the Manhattan Borough President Gale A. Brewer (Feb. 12)

-The Romare Bearden Foundation will present its Cinque Artists Series, a networking event in the spirit of the Cinque Gallery founded by artists Romare Bearden, Norman Lewis and Ernest Crichlow in 1969. Hosted at Harlem School of the Arts (March 17)