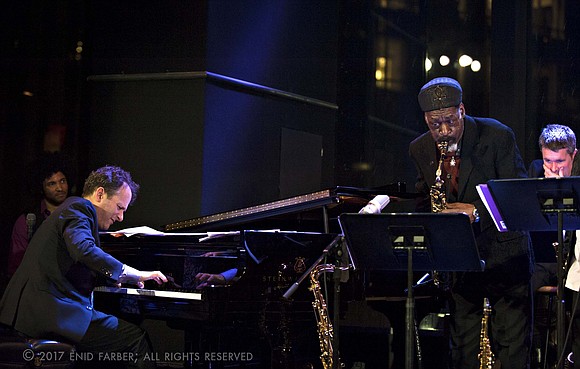 Camara from West Africa will share her music of the Africa diaspora. Her voice is radiant and forceful at times as she sings stories of her musical life journey. She has a haunting voice that will draw you into her colorful experiences through song and guitar.


She is former leader of Ideal Black Girls, West Africa’s first all-female hip hop group and CEO of Rhapsody, a festival of live music for females in hip hop (by girls for girls in 2003-2005). Her first solo album: “Dimedi “(which means “Child” in her native language, Sousous), swings in vibes of her generation from here to her hometown of Guinea.

The Jazz Power Initiative, a nonprofit organization that transforms young lives through jazz arts, education and performance, continues its “Intergenerational Jazz Jam” series at National Jazz Museum in Harlem (58 W. 129th St.) on Feb. 9, 2-5 p.m., with a celebration of Charlie “Yardbird” Parker in honor of the centennial year of his birth: August 29, 1920-March 12, 1955.

Scott is a quiet icon whose sound has sparked cheers around the world. He is a composer, bandleader, who plays baritone, tenor and alto saxophones in addition to flute, and a little dancing and singing on the side during live performances. He is best known for his work with the intergalactic pianist, composer, and bandleader Sun Ra. He was an original member of the Sun Ra Arkestra, now under the direction of Marshall Allen. Equivalent to Sun Ra’s eclectic verse Scott has worked with a variety of musicians including Olu Dara, Seleno Clarke, Don Pullen, and Jann Parker.

“We are excited to feature Knoel Scott this month at Intergenerational Jazz Jam celebrating Bird. Knoel embodies jazz power and he gave us the inspiration for ‘Message From Saturn,’ our musical about the healing power of the blues. Through his original compositions and arrangements of Bird tunes, Knoel will show how Bird inspired and continues to inspire him,” said artistic director, producer Eli Yamin. “After Knoel’s featured set at 2, we’ll open up the stage for community members to sit in on a Bird tune or with a poem or dance in the bebop tradition.” Charlie Parker who added the potent chords of bebop to the jazz vocabulary is honored in his hometown with a giant sculpture “Bird Lives” by Robert Graham in downtown Kansas City, Missouri.

Jazz Power Initiative (JPI), formerly The Jazz Drama Program, was founded as a non-profit organization in 2003 to transform lives through jazz arts education and performance. JPI serves over 500 youth annually in Harlem, Washington Heights, Inwood and the Bronx. For more information, visit the website jazzpower.org or call 917-818-1759.

Rafee Kamaal has been a New York-based independent, multimedia and multi-platform producer for over 25 years. He specializes in a host of categories including digital video production, post-production, creative writing, directing, multicultural content marketing strategies and distribution.

He has covered miles of real estate when it comes to the producing category that includes senior producer on a personal financial management series on WWOR-TV; co-produced a series of music/variety specials from the Apollo Theatre. He was also an associate producer on Kareem Abdul Jabbar’s NAACP Image award-winning documentary, “On the  Shoulders of Giants.” He and Jabbar also produced a series of international sports promotions. He is currently co-chair of the Black Documentary Collective.

If you are a jazz musician, singer, or in the arts this may very well be an outlet for you. Contact kamaal.rafee8@gmail.com with jazz videos.