Arthur Schomburg and the Harlem Renaissance 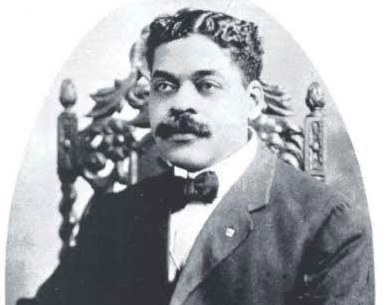 In recognition of the 146th born day anniversary of renowned researcher Arthur Alfonso Schomburg we take a look at his involvement in the reinvigorating Harlem Renaissance occurring during the “Roaring Twenties.”

Born Jan. 24, 1874, in Santurce, Puerto Rico to Mary Josephina, a Black Cruzan mother, and Carlos Federico Schomburg, a Puerto Rican father, he devoted his life to uncovering Africa’s glorious heritage after a fifth-grade teacher told him “Black people have no history, no heroes, no great moments.”

After studying African literature and commercial printing in the Caribbean, Schomburg migrated to Harlem on April 17, 1891. In 1898, he co-founded the Negro Society for Historical Research and served as leader of the American Negro Academy. His family relocated to 105 Kosciusko St. in Bed-Stuy, Brooklyn, in 1918, yet still maintained their Harlem home.

He mingled among exiled Cuban and Puerto Rican nationalists and intellectuals in NYC.

“With Harlem came the courage to express our individual dark-skinned selves without fear or shame,” Langston Hughes indicated.

The artistic, intellectual and social boom occurring in Harlem, beginning in 1918, was initially called the “New Negro Movement,” and incorporated primarily African Americans who had recently relocated during the Great Migration from the rural South. Countee Cullen, Claude McKay and John E. Bruce were among them.

However, many Afro-Caribbeans like Hubert Harrison, Marcus Garvey and Schomburg also participated. Once they began communicating together, they realized that the same oppressive system affected them all.

By this time Schomburg had redefined himself as an “Afro Borinqueño,” an “African Puerto Rican,” and he had learned to write English. He scribed articles for several progressive Black periodicals including The Crisis and Opportunity magazines, Negro World, and the New York Amsterdam News newspapers. During March 1925 he self-published his inspirational essay, “The Negro Digs Up His Past,” which master teacher Dr. John Henrik Clarke credited as sparking him as a teen.

The self-taught bibliophile had amassed a vast collection of rare African artifacts accumulated throughout his global travels, and in 1926 the New York Public Library purchased his trove for $10,000 and displayed them at their 135th St. branch, naming it the Arthur A. Schomburg Collection of Negro Literature and Art. Several of his contemporaries––namely Langston Hughes and Zora Neale Hurston––utilized it as a valuable resource center. In 1973, it was renamed the Schomburg Center for Research in Black Culture.

In 1932, the astute bibliographer and historian served as curator of his collection.

“Schomburg was the preeminent researcher and conscious figure that pointed the right path for all of us Afro descendants to follow,” notes Dr. Georgina Falu, former director of CCNY’s Afro-Latino Studies. “His contribution to the Harlem Renaissance can never be accurately described because there remains years, centuries, of the work he started. We should be attempting to increase that collection of our experiences throughout the diaspora so that everyone will know what we contributed to world history.”

To support the co-naming of the intersection of Nostrand Avenue and Kosciusko Street “Arthur Schomburg Place,” contact facebook.com/arthur.schomburg.