The fight against menthol 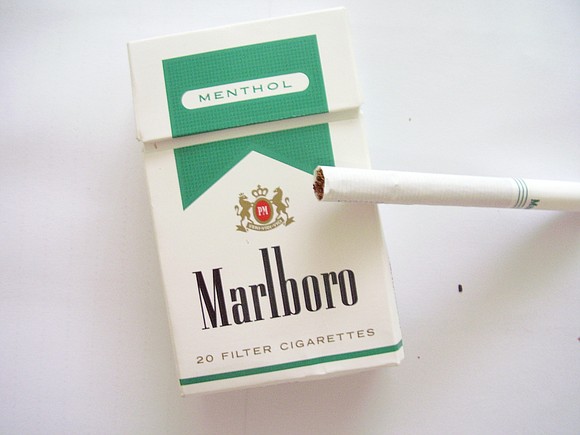 As a whole, America’s managed to eliminate cigarettes from television, building ads and it’s coolness. However, tobacco companies have managed to remain profitable by catering to poor communities, many of them Black.

A movement led by elected officials and activists wants to change that.

“Big Tobacco is using flavored e-cigarettes, from Cotton Candy to Pink Lemonade, to lure in a new generation of nicotine addicts,” said the three elected officials in a joint statement. “The worst part? It appears to be working. More than half of New York high school seniors have tried vaping – and 80% of students who became regular users got hooked after using flavored products.

“Big Tobacco has killed too many New Yorkers with their toxic products already – we can’t let them kill these bills with millions of dollars in lobbying,” continued the statement.

In 2009, Congress banned sales of all flavored cigarettes except for menthol. While it’s become common knowledge that flavored cigarettes are more appealing to young people, prohibiting menthol – according to NYC Smoke-Free at Public Health Solutions Director Deidre Sully – is by design. According to Sully, 85 percent of Black smokers use menthols, compared to 22 percent of white smokers. Sully said it’s due specifically to targeted marketing to young, Black people for decades.

“It’s a big money maker for cigarette companies,” said Sully to the AmNews.

“When you know better, you do better,” said Sully. “We’re part of a larger coalition working with community-based organizations and programs like ours so it becomes each one, teach one.

Another person to jump on the anti-e-cigarette train is former New York Mayor and former presidential candidate Michael Bloomberg. As a candidate, he proposed a ban on all flavored tobacco products, which includes lowering the amount of nicotine tobacco products to make them less addictive and raising the federal tax on cigarettes by $1 a pack.

"President Trump has mastered the art of the broken promise — on issues from health care to gun safety — and e-cigarettes have been no exception,” stated Bloomberg. “Trump promised to remove flavored e-cigarettes from the market back in September, but instead he has bent over backwards to protect the tobacco lobby's profits.”

One organization believes that the banning flavored cigarettes would make things worse.

Michael LaFaive, Senior Director of Fiscal Policy at the Mackinac Center for Public Policy (a Michigan-based free market/limited government non-profit), wrote a guest op-ed for the New York Daily News stating that cigarettes would just be smuggled into the state.

“...but the reality is that banning goods people want often creates more problems than it solves,” wrote LaFaive. “The best, but unfortunately slow, method is to educate the public on why they should avoid these products but allow them to make the choice for themselves.”

But back in the Empire State, Sully wants to make sure people make the right.

“Black Lives, Black Lungs,” said Sully referencing a short film made to highlight the tobacco industry's infiltration of the Black community. “The history of menthol and its affect in the African-American community. For us, it’s really about flavored-tobacco products. When the tobacco industry finding new and innovative ways of expanding their customer base. It’s all under the umbrella of flavored-tobacco products. Menthol is an initiation flavor. When inexperienced or young smokers smoke for the first time, they tend to try mint-flavored tobacco.

“Through community education as well with the youth raising awareness among their peers, we have plenty of issues that we work out,” continued Sully. “Theres a lot of education with elected officials and lawmakers as well as community-based organizations and faith-based organizations. We need to mobilize them.